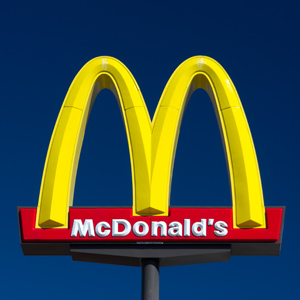 McDonald’s is accused of violating Illinois’ biometric privacy law by using voice recognition software to recognize repeat customers at drive-thrus. The suit, filed in April, was removed to federal court in Chicago, according to a May 28 notice. Law.com spoke with several lawyers who questioned whether McDonald’s is actually storing voice prints in violation of the law. (Westlaw Data Privacy Daily Briefing, Law.com)

A federal lawsuit filed Tuesday alleges that the New York Police Department is violating artist protections under the Visual Artists Rights Act by painting over legal graffiti. The suit, filed in federal court in New York, alleges that police are not checking with property owners to see whether they gave permission for the street canvasses. (Courthouse News Service, the June 1 lawsuit)

Lawyers are increasingly running ads seeking claimants who became ill with Parkinson’s disease after using the weed killer paraquat. Research firm X Ante said lawyers spent $812,280 on the ads in March and April, after spending only $160,600 in January and February. The increase comes as the Judicial Panel on Multidistrict Litigation considers whether to consolidate paraquat lawsuits, according to Law.com. (Reuters, X Ante)

Boies Schiller Flexner is promising to pay associates “extra-extraordinary” year-end bonuses if they exceed hourly thresholds, according to an internal memo obtained by Law360. The threshold is 2,350 hours for the first extra year-end bonus and 2,600 hours for a higher extra year-end bonus. The bonus structure is available to associates who choose a market compensation system, rather than a bonus formula with a revenue share component. The firm is also paying special bonuses, as well as a $20,000 welcome bonus to new associates. (Law360)