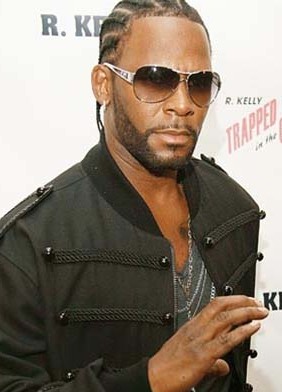 R. Kelly in 2007. Photo by Andrew Steinmetz via Wikimedia Commons.

• Federal indictments in New York and Chicago accuse R&B singer R. Kelly of racketeering, producing child pornography and obstructing justice in connection with sexual exploitation of young girls and women. The New York indictment says Kelly had strict rules of behavior for his sexual recruits, including that they call him “Daddy” and request permission before leaving a room. The Chicago indictment says Kelly recorded himself having sex with five minors, and he pressured one girl and her father to lie about the sexual encounters. (The Chicago Tribune, the New York Times, the Washington Post)

• A federal judge in San Francisco is demanding that Pacific Gas and Electric Co. explain why it paid billions of dollars to stockholders instead of fixing known problems with power lines that could spark California wildfires. U.S. District Judge William Alsup said PG&E must respond to a report in the Wall Street Journal about the company’s knowledge of the problems by “stating the extent to which each paragraph is accurate.” (Courthouse News Service, ABC 10, the Wall Street Journal, Northern California District Court)

• A Florida mom has been charged with felony tampering with a consumer product after a viral video showed her daughter apparently licking a tongue depressor in a doctor’s office and returning it to the jar. Bond was set at $2,500 for Cori Ward of Jacksonville, Florida, and she was told to stay off social media. (The Washington Post, First Coast News, Action News Jax)

• Two couples have filed lawsuits alleging that the CHA Fertility Center in Los Angeles implanted the wrong embryos into a New York woman who gave birth to twins. The New York couple had to give up the children, their suit says. The genetic parents of one of the twins filed the other suit. (The Los Angeles Times, the Washington Post)

• Kirkland & Ellis will charge contingency and other alternate fees to handle commercial cases in its new plaintiff-side trial group. The firm will continue to handle large-scale commercial defense work, but “we believe we can be a market leader on this side of the ‘v’ as well,” said litigation partner Andrew Kassof. (Kirkland & Ellis)

• Harvey Weinstein has lost another lawyer on the team defending him on sexual assault charges. The latest lawyer to leave is Jose Baez, known for his defense of Casey Anthony. After a judge approved Baez’s withdrawal Thursday, he bounded from the courtroom and declared, “I feel like I won the lottery. Just kidding.” Harvard law professor Ronald S. Sullivan Jr. previously left the defense team after students at the school protested the representation. (The Associated Press)