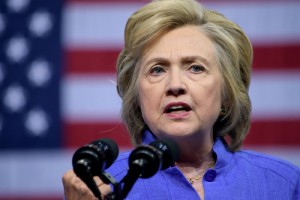 Rep. Tulsi Gabbard, a 2020 Democratic presidential primary candidate, has filed a defamation suit against Hillary Clinton for her podcast comments about “somebody who is currently in the Democratic primary” being groomed to be a third-party candidate. “She’s the favorite of the Russians,” Clinton said of the unnamed candidate. “They have a bunch of sites and bots and other ways of supporting her so far. And, that’s assuming Jill Stein will give it up, which she might not because she’s also a Russian asset. Yeah, she’s a Russian asset.” When a CNN reporter asked a Clinton spokesperson whether Clinton was referring to Gabbard, the spokesperson replied, “If the nesting doll fits. … This is not some outlandish claim. This is reality.” Gabbard is represented by Pierce Bainbridge Beck Price & Hecht, which is also representing Trump lawyer Rudy Giuliani. (Law360, Politico, Gabbard press release, Jan. 22 lawsuit)

Federal prosecutors and lawyers for an Iranian college student denied entry to the United States disagree on whether the man was put on a return flight before or after a federal judge ordered his removal delayed. A court docket showed that Judge Allison Burroughs issued the emergency stay in the case of Shahab Dehghani, shortly before 9:30 p.m. Monday. The plane carrying Dehghani took off seven minutes later, according to the New York Times. Dehghani had planned to continue his economics studies at Northeastern University. He is among at least 13 Iranian students denied entry at U.S. airports despite holding valid visas. (The New York Times, the Washington Post)

Lawyers for a Utah woman charged for appearing topless in front of her stepchildren have lost a constitutional challenge to a state law barring lewd behavior in front of children. Judge Kara Pettit ruled against Tilli Buchanan, who pointed to a federal appeals court ruling finding that a female-only topless ban constituted an equal protection violation. Pettit said the Utah law was designed to protect children from lewdness, and its description of female breasts as lewd reflects contemporary community standards. Buchanan had taken off her shirt because she became sweaty and itchy while working in the garage with her husband. (The Deseret News, the New York Times, the Salt Lake Tribune)