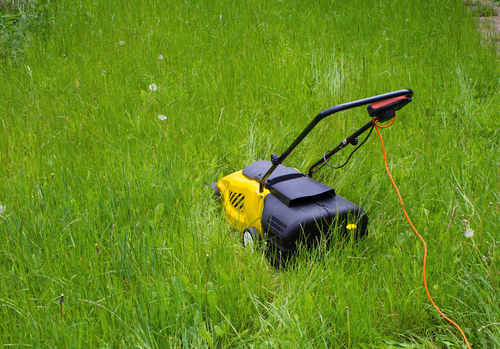 • A Florida woman who was fined $100,000 for a dirty pool and overgrown grass is facing a lawsuit by the city of Dunedin. The woman, Kristi Allen, had moved out of the home and thought she no longer owned it because she signed an agreement allowing foreclosure. Now the Institute for Justice has sued the city on behalf of another homeowner who owes nearly $30,000 for an overgrown lawn. The institute cites a U.S. Supreme Court decision in February that held the Eighth Amendment’s ban on excessive fines applies to the states. (USA Today, Institute for Justice)

• A former fee disputes administrator with the New York County Lawyers Association filed a pregnancy bias suit Wednesday alleging the employer harassed her during her two pregnancies and then fired her while she was on leave. One supervisor allegedly told the plaintiff, Heidi Leibowitz, “Your kind have to learn not to pass the buck. Pregnancy doesn’t make you special.” (Law360, the New York Law Journal, lawsuit)

• Justice Sonia Sotomayor is the most outspoken justice, on and off the bench. In the last two terms, she wrote more dissents than any other justice. She is also a frequent questioner in oral arguments. In one case, she interrupted to ask questions 58 times, more than any other justice during the term’s arguments. In the last five years, she has made 184 public appearances, according to one count, more than any of her colleagues. She speaks to grade-school and law students alike. (USA Today via How Appealing)

• A federal judge in Texas has tossed a Fair Housing Act challenge to an HOA policy that barred Section 8 renters. All 96 families in the development who were using the vouchers when the policy was adopted were black. But U.S. District Judge Sam Lindsay said the plaintiff, the Inclusive Communities Project, had failed to adequately allege a disparate impact claim. (Courthouse News Service, opinion)

• U.S. District Judge Laurie Michelson of Detroit has mostly dismissed a lawsuit filed by Ford customers who claimed their vehicles were not “built Ford tough.” The customers had sued over water pumps that did not last the life of their vehicle engines. Their claims included fraudulent concealment, violation of consumer protection laws and breach of warranty. Only one customer’s warranty claims survived dismissal. (Courthouse News Service, opinion)