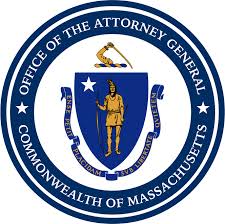 A state chemist responsible for testing drug evidence in Massachusetts criminal cases was high at work and while testifying in court almost daily between 2005 and 2013, says an investigative report by the state attorney general.

Released Tuesday, the report by AG Maura Healey says Sonja Farak, who worked at a now-shuttered lab in Amherst, was under the influence of methamphetamine, cocaine, LSD, ketamine and other drugs while testing evidence samples and testifying, according to the Associated Press and the Boston Globe (sub. req.).

Both the AG’s office and defense lawyers expect the report to reverberate throughout the state, as some 30,000 cases reportedly handled by Farak throughout her career as a state chemist are reconsidered.

“Anything that went through that lab while she was there is in question,” chief counsel Anthony Benedetti of the Committee for Public Counsel Services told the Globe. “It’s too soon to know how many, but it clearly is in the thousands.”

Much of the report is based on grand jury testimony by Farak herself, who admitted, among other misconduct, that she had smoked crack before a 2012 accreditation inspection by state police. She also cooked crack cocaine in the lab at night, starting in 2012, and stole laboratory drugs for her own use. She had been a recreational drug user before starting the job, she said.

The lab lacked funds to replace the drugs that Farak stole, which included not only evidence samples but certified “standard” drugs that were supposed to be used for comparison purposes. Hence, a former supervisor testified, he made up samples for comparison purposes himself. Some drugs, such as pills, were identified visually, without any testing, the Globe article explains.

The supervisor also said that the lab was in “deplorable” shape and lacked security, the AG’s report says.

Both the AG’s office and defense lawyers expect the reported misconduct by Farak to affect a large number of cases, but exactly what will be done in response and how many cases will be affected is unclear.

“We are deeply concerned whenever the integrity of the justice system is called into question or compromised,” said a spokeswoman for the AG in a statement provided to the Boston Herald. “The information we gathered during the course of our investigation is disturbing and will no doubt have implications for many cases. Now that our investigation is substantially complete, the district attorneys, defense attorneys and the court will need to determine how best to proceed on each of these individual cases.”

Those speaking for defendants called for widespread review.

“There is only one sensible response to these revelations: promptly notify the people who were denied due process, undo their wrongful convictions, and rethink the unjust war on drugs,” said legal director Matthew Segal of the ACLU of Massachusetts. “These scandals, and the years it has taken to uncover them, demand a remedy for the thousands of criminal defendants who were convicted based on false and tainted evidence.”

Farak has completed the 18-month prison term to which she was sentenced after pleading guilty in Hampshire Superior Court in January 2014 to evidence-tampering, theft of laboratory cocaine and unlawful possession of drugs.

Due to a grant of immunity provided during the investigation, she cannot face any further charges, a spokeswoman for Healey told the Herald.

ABA Journal (2013): “Crime labs under the microscope after a string of shoddy, suspect and fraudulent results”