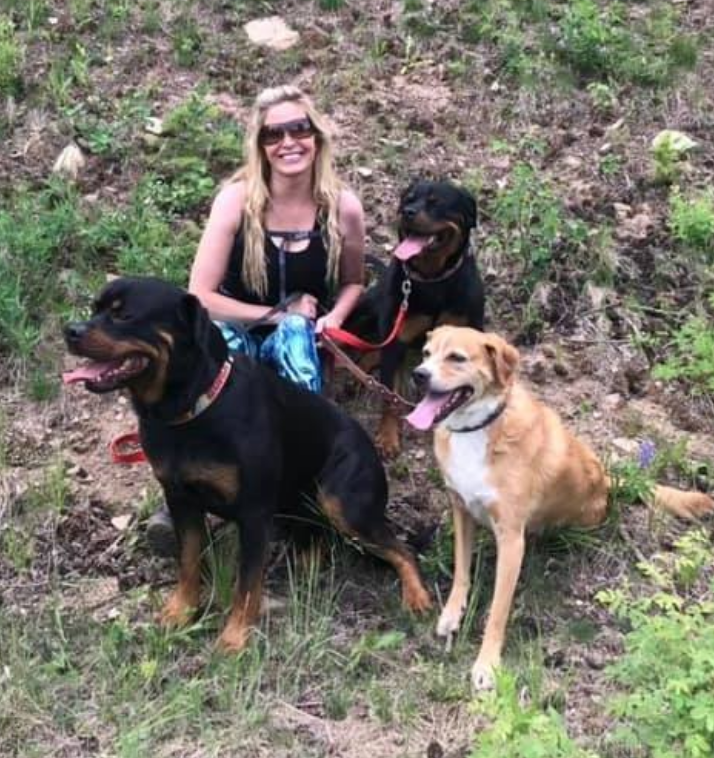 An animal rights lawyer in Evergreen, Colorado, has been arrested on a charge of solicitation to commit murder for allegedly trying to hire a hit man to kill her husband’s girlfriend.

Lawyer Jennifer Emmi, 43, who is also known as Jennifer Edwards, is being held in the Jefferson County Jail on a $3 million cash-only bond, report the Denver Post and CBS4. Both stories rely on information in a Jan. 25 affidavit.

CBS4 described Emmi as a well-known animal rights lawyer and local media personality who hosted a regular show on Facebook. She also founded the Animal Law Center, a nonprofit ranch. Two former ABA Journal stories (here and here) included quotes on animal law topics from Emmi when she was known as Jennifer Edwards.

Emmi is accused of trying to hire a ranch hand to carry out the hit on the husband’s girlfriend, a former au pair who took care of the family’s children, according to the Denver Post and CBS4. The ranch hand went to police and became an informant. In recorded calls between Emmi and the ranch hand, Emmi asked whether the man knew anyone who could “get rid of” the girlfriend, the affidavit alleged.

Emmi also suggested at one point that her husband could be killed along with the girlfriend, possibly in a car crash, according to the allegations. Later, she told the ranch hand that the plan was “on hold.”

The affidavit had alleged that Emmi pursed a yearlong harassment campaign. According to the Denver Post, the husband and his girlfriend had told investigators that they were always afraid and had sometimes gone into hiding.

Emmi was arrested in late January on charges of solicitation to commit murder, retaliating against a witness or victim, and stalking, according to the Denver Post. She also faces prior charges alleging domestic violence, retaliation against witnesses, and attempted influence of public servants.

Lawyer Colin Bresee, who has represented Emmi in the past, expects to represent Emmi again. He noted that the investigation showed that Emmi didn’t want to go through with the plot.

“It’s not unusual for someone whose husband is having an affair with the au pair to be upset and mad,” he told the Denver Post. “Saying how mad you are and how enraged you are and saying it to other people—it seems odd one of them was then a confidential informant who was working with police.”