Another lawyer drops his pants to get through courthouse metal detector 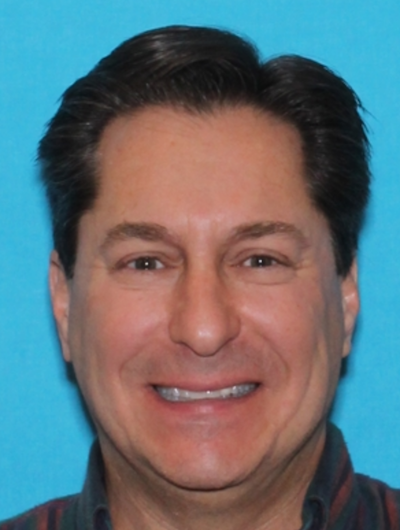 A Pittsburgh lawyer was charged with disorderly conduct Wednesday after he took off his pants to go through a metal detector at a downtown courthouse. The Allegheny County Sheriff's Office in Pennsylvania charged Jeffrey Pollock, 59, and issued a press release.

“The sheriff’s office would like to forewarn anyone who attends the Family Court Division that visible underwear is not part of the dress code,” the Nov. 10 press release said.

Pollock became frustrated when he kept setting off the magnetometers. He explained that his suspenders were the cause, and he could not remove them, according to the press release.

“After a heated discussion with the guards,” the press release reported, “Pollock unhooked his suspenders, dropped his drawers, took them off, and placed them in the bin to go through the metal detector.”

At this point, Pollock was “standing in the middle of the Family Division rotunda wearing only his shirt and underwear,” according to the press release. Sheriff’s deputies were notified.

Pollock isn’t the first lawyer to remove his pants to go through a metal detector. Atlanta lawyer Robert Ward took off his pants at a security checkpoint at a federal courthouse in Tampa, Florida, in early 2020.

Afterward, a federal judge ordered Ward to show cause why she should not revoke his pro hac vice permission to handle a case before her in Tampa, outside his home jurisdiction.

Ward took off his pants after a dispute with a court security officer over whether lawyers should have to remove their belts to go through the machine.

Ward later withdrew from the Tampa case, in which he was representing a law firm accused of inducing timeshare owners to default on their payments. The judge withdrew the order to show cause as moot.

Lawyers wearing bras have also set off metal detectors in prisons, leading one to miss a client visit and others to undergo humiliating searches.

Pollock, the Pittsburgh lawyer, spoke with TribLive, Law360 and WPXI about the incident.

Pollock told Law360 that his suspenders were made of leather and attached to his pants with cloth strips that go around buttons.

Pollock told TribLive that he has been hassled about his suspenders by the same security guard for years. He said the guard refused to use the wand, which is supposed to be used when someone continuously sets off the metal detectors.

Pollock told TribLive that the security guard “got in my personal space” and, “I had a brain cramp, a brain fart, whatever you want to call it” when he decided to remove his pants.

“I used poor judgment,” he told TribLive. “I was trying to make a point.”