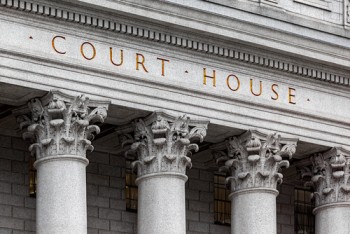 Atlanta lawyer Robert Ward acknowledges that he took off his pants at a security checkpoint at a federal courthouse in Tampa, Florida.

But timeshare operator Wyndham Vacation Resorts went too far when it sought his ouster in its lawsuit against his clients, Ward argued in a “request for leave to respond to Wyndham’s untoward comments.”

Ward is lead counsel to the Montgomery Law Firm in Springfield, Missouri, which is accused of inducing timeshare owners to default on their payments to Wyndham. Ward was admitted to Florida pro hac vice, which requires association with local counsels.

The two local lawyers are now seeking to withdraw because one of them suffered a serious medical issue and their law firm is shutting down.

Wyndham Vacation Resorts and related plaintiffs say Ward should be ousted from the case, and the local lawyers should not be allowed to withdraw until substitute counsels are found.

In an April 13 opposition, Wyndham noted that U.S. District Judge Charlene Edwards Honeywell ordered Ward Feb. 21 to show cause why she shouldn’t revoke his pro hac vice status for taking off his pants.

That wasn’t Wyndham’s only objection to Ward’s continued representation of the lawsuit defendants. The lawyer has drafted “oftentimes incoherent and nonsensical written submissions to this court” and “spearheaded” discovery misconduct that led to sanctions, Wyndham alleged.

Ward’s April 15 response said he was given permission to remove his pants after court security officers refused to conduct a standard patdown.

“Counsel has thus apologized for any inconvenience that this regrettable event may have caused,” Ward wrote. “No one was prejudiced thereby.”

Ward also defended his discovery conduct, saying he designated one video deposition as “confidential under protective order” because he wanted to protect Wyndham from posting video clips on the internet.

He also acknowledged he was forced to withdraw from representing a second client who refused to provide discovery.

“But, transparently, this was not a sanction against counsel, who had thereby only sought to uphold the high ethical standards of this court,” Ward wrote.

“Wyndham over-argues its case and with an inappropriate viciousness that is seldom seen in the federal courts,” Ward wrote.

“It is Wyndham’s purpose to destroy lead counsel’s legal practice and, thus, to serve a ruined attorney, as an object-lesson in futuro, to any younger attorney who would dare to oppose Wyndham’s continuing unethical, unlawful and fraudulent practices in the sale of their so-called ‘timeshares,’” he wrote.