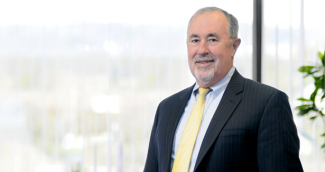 For the second time in little more than a year, a justice of the Pennsylvania Supreme Court is facing a disciplinary probe linked to the so-called Porngate email scandal.

This time it is Justice J. Michael Eakin who is actually charged in a legal ethics case, and he says he looks forward to the public trial in the Pennsylvania Judicial Conduct Board matter as an opportunity to get the facts out, in place of “speculation and mischaracterization,” the Philadelphia Inquirer reports.

“As such, I welcome it,” said Eakin of the Court of Judicial Discipline trial in a written statement. The 67-year-old Republican has been a member of the court since 2001.

The complaint (PDF, scroll down) filed Tuesday by the board accuses Eakin of using his government computer to send and receive email in a personal “John Smith” account, between 2008 and 2012, “that someone of reasonable sensitivities would find offensive.”

Emails in the John Smith account maintained by Eakin were exchanged between a group of golfing buddies, as well as judges, prosecutors and defense counsel, according to the board.

The sent emails included “subject matter that involved nudity, gender stereotypes and ethnic stereotypes,” the complaint says. The document describes a number of the emails in detail.

The emails received by Eakin included “photographs of nude or semi-nude women, video clips of comedic skits that had sexually suggestive themes” and “jokes based on negative social and gender stereotypes,” the complaint says. Again, they are described in detail in the document.

A subsequent description of the emails in the charging portion of the complaint says some were exchanged as late as 2014 and also cites “homophobic content; socioeconomic stereotypes; violence toward women; racial humor; ethnically based humor; and stereotypes of religious groups.”

First, by engaging in conduct with an appearance of impropriety, through his involvement with the emails and by failing “to demonstrate respect” for Pennsylvania anti-discrimination and equal employment opportunity standards.

Second, by engaging in extracurricular activities that “detracted from the dignity of his office.”

Third, by violating a provision of the Pennsylvania Constitution which requires compliance with the supreme court’s legal ethics canons.

Complaints by Kathleen Kane, the embattled Democratic attorney general of Pennsylvania, that prior legal ethics probes had given Eakin and others a pass concerning their emails, helped spark the latest investigation, the Inquirer article notes. However, Eakin himself self-reported the issue and sought an investigation, the board says.