Do most litigators have 'impostor syndrome?' | Men vs. women on 'having it all'

At Associate’s Mind, Alabama lawyer Keith Lee notes how many young professionals suffer from “impostor syndrome” in which the person feels as though they’re secretly unqualified for their responsibilities.

Houston criminal defense lawyer Mark Bennett noticed the post and points out at Defending People that the syndrome (“you call it a ‘syndrome’ as though it’s a bad thing”) not limited to young professionals—in fact, it’s the rule rather than the exception among “suc­cess­ful male criminal-defense lawyers.”

He also notes that the way one copes with impostor syndrome can improve your lawyering. “Because some­one who secretly thinks he’s a fraud doesn’t want to be dis­cov­ered, the lawyer who thinks he’s an undis­cov­ered fraud doesn’t rest on his lau­rels, works hard, and actively hunts down and elim­i­nates pos­si­ble ways to fail—all behav­iors that you want from your lawyer.”

Having it all, by gender

At the Careerist, Vivia Chen noted results from a survey by Citi and LinkedIn stating that more men than women say that having it all means having a “strong, loving marriage” (79 percent vs. 66 percent) and that more men “factor children into their definition of success” than women (86 percent vs. 73 percent).

Chen is not surprised. “To me, the survey simply reinforces the privileged position that men have always enjoyed. Frankly, it’s easy to sing the virtue of family life, when you’ve always had someone at home to keep things tidy. … Unlike men, women have expectations for marriage and kids that seem to be tempered by the reality of how ambition can clash with responsibilities at home.”

But Chen sees the survey’s indication that women “seem more independent, more ambitious, and less concerned with the trappings of marriage” as a positive. 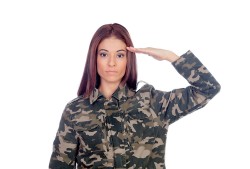 In a Veteran’s Day post at The Legal Geeks, Milwaukee litigator Jessica Mederson wrote about her grandfather, a World War II merchant marine. Growing up, she “never thought much about his service, even when my mom told me about a medal he received from some town in Russia while I was in college (typical self-absorbed college kid!).”

During wartime, Merchant Marines deliver troops and supplies for the military, Mederson explains. “This key contribution was targeted by the enemy, however, and the Merchant Marines actually suffered a greater percentage of war-related deaths than any other U.S. service, with 1 in 26 mariners during World War II dying in the line of duty.”

Her grandfather was the executive officer on the William Wheelright, part of one of the last convoys to make a successful run to Murmansk, a key Russian seaport city. “Its harbor didn’t freeze in the winter. So the Allies used this city to keep supplies running to the Russians, while the Germans used submarines and surface warships (along with bases in the north of occupied Norway) to try and stop the flow of supplies to the Russian front.”

Mederson writes that she’s proud to have learned more about the risks and sacrifices made by her grandfather and other veterans.

He has the case’s latest development at his blog, Hercules and the umpire. “Believing that the urge to poo in this peculiar circumstance implicated the Fifth Amendment, the able lawyer for the man with enormous bowels has petitioned the Supreme Court to clean up the mess,” Kopf wrote. He also linked to the cert petition.

He seems to be rooting for the court to take the case. “I bet the Supreme Court can one-up the 1st Circuit. Indeed, I just can’t wait to see the words ‘poo,’ ‘poo bomb,’ and ‘active liberty’ used by one or more Justices in a lengthy opinion or even in a passionate dissent. Now, that would provide the makings of a law review article for the ages!”