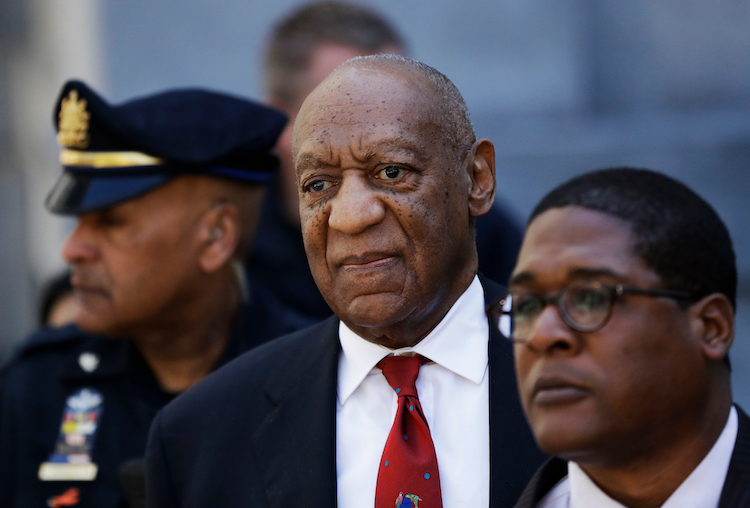 Actor and comedian Bill Cosby leaves the Montgomery County Courthouse in Norristown, Pennsylvania, in April 2018. The Pennsylvania Supreme Court overturned Cosby’s sexual assault conviction Wednesday. The court said it found that an agreement with a previous prosecutor prevented him from being charged in the case. Photo by Matt Slocum/The Associated Press.

Actor and comedian Bill Cosby was freed from prison after the Pennsylvania Supreme Court overturned his sexual assault conviction Wednesday.

Cosby, 83, has already served more than two years of his sentence of three to 10 years in prison, according to reports on the June 30 opinion by the Associated Press and the New York Times.

He was convicted for the 2004 sexual assault of Andrea Constand, a Temple University employee who said Cosby had drugged her before the assault at Cosby’s home.

The state supreme court said Cosby was protected by a decision by then-Montgomery County District Attorney Bruce Castor, who said there was insufficient evidence to charge Cosby after he learned of the incident in 2005.

Castor decided to decline to prosecute. He told Cosby’s attorney that he thought his decision meant that Cosby could not assert the Fifth Amendment in a subsequent civil suit planned by Constand’s lawyers, Castor later testified.

During depositions in the civil suit, Cosby made several incriminating statements. Cosby said he gave Benadryl to Constand to help her relax. But he also admitted that he had given Quaaludes, rather than Benadryl, to other women with whom he hoped to have sex.

The civil suit settled for $3.38 million.

The sworn testimony was used by Castor’s successors at Cosby’s criminal trial, even though Castor advised that he had bound the state when he said there would be no charges.

“Castor’s decision not to prosecute Cosby in exchange for his testimony must be enforced,” the state supreme court said.

The court said Cosby must be released, and any future prosecutions must be barred.

“There is only one remedy that can completely restore Cosby to the status quo ante,” the court said.

Prosecuting Cosby more than a decade after Castor’s statements, which Cosby relied on to his detriment, was “an affront to fundamental fairness,” Wecht wrote.

A dissenter viewed Castor’s statements as “a conventional public announcement” that “would in no way be binding upon his own future decision-making processes, let alone those of his successor.”

Two concurring and dissenting justices agreed that Cosby’s due-process rights were violated but said the remedy would be to suppress the deposition evidence.

ABAJournal.com: “Bill Cosby has a new lawyer and additional witnesses in retrial for alleged sexual assault”

ABAJournal.com: “Bill Cosby is sentenced to up to 10 years in prison, denied bail pending appeal”