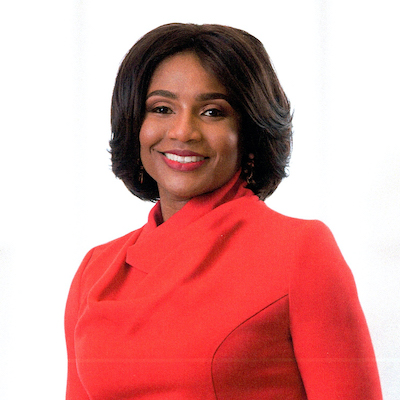 The new global CEO and U.S. chair of Norton Rose Fulbright is the first woman of color to be in those positions at the law firm and the only woman of color to lead a top 200 grossing law firm in the United States, according to the firm.

Shauna Clark will move into those positions Jan. 1, according to a Dec. 10 press release and stories by Thomson Reuters Legal and Law360.

She is currently the U.S. head of employment and labor at Norton Rose. The news comes as three other law firms announced diversity goals this week.

Clark told Thomson Reuters Legal that she has mentored other diverse lawyers over the years. But “I am self-aware enough to know we can do more and can do better, and I’m blessed to be at a law firm that agrees,” she said.

In a Q&A with Law360, Clark said she was the only Black woman in the office when she was a 23-year-old lawyer at Fulbright & Jaworski (now known as Norton Rose Fulbright).

“Being the first or one of only a few is very difficult,” she said. “What I endeavor to do is to create an environment and a law firm that is so welcoming of people who are different that no one else feels that type of isolation.”

Clark’s advice to young female lawyers of color is to “bloom where you are planted, and always persevere.”

“Sometimes with women, and particularly women of color, the journey becomes so hard and there doesn’t seem to be an end in sight because we often try to do it alone and we give up right before that breakthrough was going to come. So my advice is persevere, but also accept help. We can be vulnerable and still be great,” she told Law360.

• Baker Donelson will track managers’ diversity efforts and set a goal: to more than double its percentage of diverse attorneys so they make up at least one-fifth of the firm by 2025. It also hopes to increase its share of diverse shareholders to 10% and equity shareholders to 8%. (Thomson Reuters Legal, Law.com, Dec. 10 press release)

• Bryan Cave set goals for its partnership to have at least 35% female partners globally and 15% racial and ethnic minority partners in the United States and the United Kingdom by the end of 2025. (Thomson Reuters Legal, Law360, Dec. 8 press release)