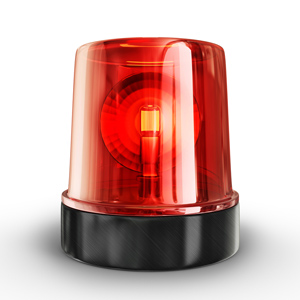 The Louisiana-based 5th U.S. Circuit Court of Appeals has withdrawn a July opinion finding a Mississippi sheriffs' deputy could be liable for dropping a mentally disabled man at the county border, where he was later struck and killed by a car.

The new opinion, issued on Thursday, said the officer had qualified immunity that protected him from liability.

Police were notified in January 2016 that the mentally disabled man, Gerald Simpson, was walking down the middle of a highway in Kosciusko, Mississippi, according to allegations in the lawsuit.

Simpson was speaking incoherently when an officer first found him. Officers had hoped to take him to his home, but Simpson was unable to tell them where he lived. Instead, he pointed down the highway.

A deputy with the Attala County Sheriff’s Department took Simpson in that direction, and dropped him off at the county line at dusk. Simpson continued walking down the road. He was struck and killed later that night.

Simpson had recently been released from a state hospital where he had been confined for certain development disabilities, including a speech impediment.

The 5th Circuit said in its Feb. 20 opinion that the deputy violated Simpson’s Fourth Amendment right to be free of unconstitutional seizure because he was not free to leave.

But there was no precedent that put the deputy on notice he was committing a constitutional violation when he drove Simpson several miles to the county line and dropped him off, the appeals court said. As a result, he was entitled to qualified immunity, according to the opinion by Judge Carl Stewart.

In the withdrawn decision, the same 5th Circuit panel found there was no qualified immunity.

Both decisions found the officer was entitled to qualified immunity on a second claim alleging a violation of the 14th Amendment. The appeals court noted a U.S. Supreme Court ruling that found state officials have no affirmative duty to protect individuals from violence by private actors.

The judge who wrote the first opinion, James Dennis, dissented in the new decision. He noted the district court finding that, if the lawsuit’s allegations are true, the deputy wanted to remove Simpson from the county to rid it of a vagrancy problem.

“The Supreme Court has long made clear that the Constitution does not permit police to ‘roundup … so-called undesirables’ merely because they are ‘poor people, nonconformists, dissenters, idlers,’ ” he wrote.

Both Stewart and Dennis are appointees of President Bill Clinton. The third judge, Don Willett, is an appointee of President Donald Trump.

The decision is Keller v. Fleming.

Hat tip to @bradheath and @AnthonyMKreis.