Following multiple years of discussion, and two rejections from the American Bar Association’s House of Delegates, the council of the ABA’s Section of Legal Education and Admissions to the Bar adopted a proposed revision to tighten an accreditation standard regarding bar passage Friday.

To be in compliance with the revised version of Standard 316, at least 75% of a law school’s graduates who sat for a bar exam must pass within two years of graduation. Under the previous rule, there were various ways to meet the standard, and no law school had been found to be out of compliance with it.

• Having a 75% pass rate for all graduates over the five most recent calendar years;

• Having a 75% pass rate for at least three of those five years;

• And having at least 70% of its graduates pass the bar at a rate within 15 percentage points of the average first-time bar pass rate for ABA-approved law school graduates in the same jurisdiction for three out of the five most recently completed calendar years.

“These revisions provide more straightforward and clear expectations for law schools and establish measures and process that are more appropriate for today’s environment,” said Barry Currier, the ABA’s managing director of accreditation and legal education, in a statement released shortly after the proposed revision was adopted by the council, with almost all its members voting in favor. “Most students go to law school to become lawyers. Becoming a lawyer requires passing the bar exam. How well a school’s graduates perform on the bar exam is a very important accreditation tool to assess the school’s program of legal education.”

An FAQ sheet posted on the section’s website before the vote was taken states that if adopted, the proposed revision “will be effective at the conclusion” of Friday’s meeting. The first time that law schools would be subject to the revision is spring 2020, when they file ultimate bar passage rates of 2017 graduates. Like the old version of Standard 316, once it’s determined that a law school does not meet the standard requirements, they have two years to come into compliance. 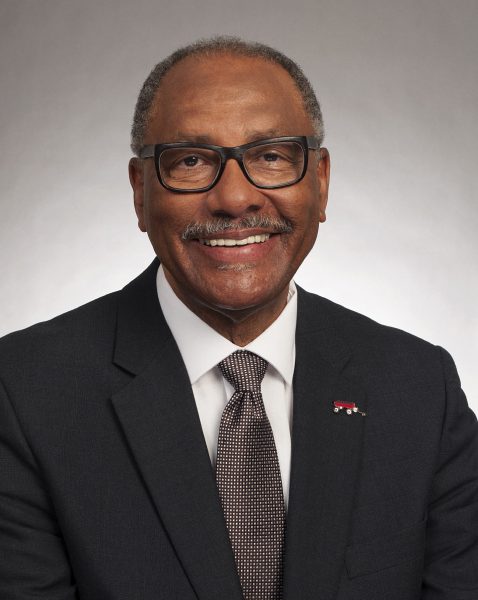 Charles Nash. Photo from the University of Alabama System.

Law schools rallied against the proposed revision and frequently argued that diversity of the profession would be harmed if it was implemented. There also were questions about what the revision would mean for law schools in California, where the state bar cut score of 144 is the second highest in the country, and the state’s July 2018 bar passage rate was only 40.2%, according to state bar data. Others worried that the change could prompt state courts to change their cut scores. The council didn’t worry that the revision would lead to state bars changing cut scores. It thought that could be a good thing.

“The council will closely monitor bar outcomes under the new standard,” Currier wrote in his statement. “If further change is needed or would be desirable, the council can make those changes.”

Also, some council members noted that Standards 205 and 206 address diversity, nondiscrimination and equal opportunity in legal education. Charles Nash, a senior vice chancellor with the University of Alabama System, said he’d like to see the diversity standards revised to consider outcomes rather than limiting the focus to school efforts.

The council also voted Friday to send out for notice and comment proposed revisions to various standards and rules, detailed in memos here and here.

The council voted against sending out for notice and comment a proposed revision to Rule 11, in which schools at risk of being out of compliance would receive a warning from the council.

“This would provide public notice of the law school’s status but would not trigger the two-year compliance clock,” according to the memo, referring to the time period a law school has to come into compliance, when it’s received public notice, or been placed on probation. The council decided to do more research on the matter before going forward with notice and comment.

Also, in regards to the proposed revision to Standard 316, a group of 11 law school deans submitted a letter Thursday to the council asking that the council convene a task force to examine the decline in bar passage rates and determine solutions. The letter stated that any of the deans who signed the letter would be available to serve on such a task force, if it’s created.