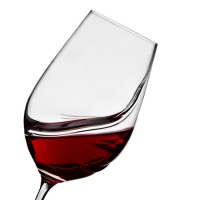 A New Jersey country club sued for a red wine spill that allegedly damaged a $30,000 Hermès handbag is seeking to hold the waiter accountable.

The Alpine Country Club in Demarest filed a cross-claim against the waiter after the club was sued on Oct. 29 by Maryana Beyder, the owner of the handbag. The Washington Post and NorthJersey.com have coverage.

Beyder says the pink Hermès Kelly clutch was a gift from her husband on her 30th birthday. The luxury handbag is rare because it has been discontinued, she says.

The waiter spilled the wine during a meal at the country club in September 2018, according to Beyder’s lawyer, Alexandra Errico. The lawyer told NorthJersey.com that the spill was an accident, and the waiter was referred to as only “John Doe” in her client’s lawsuit.

Errico said the suit was merely seeking compensation from the restaurant and was not trying to blame the employee.

NorthJersey.com spoke with employment lawyer Louis Pechman, who said the waiter shouldn’t be liable. Generally labor laws protect waitstaff from paycheck deductions for breakage, walkouts or other issues that are the restaurant’s responsibility, he said.

“This type of a cross-claim is unheard of,” he said. “Good human resources policy would dictate that the restaurant has the employee’s back, rather than sticking the knife in his back.”