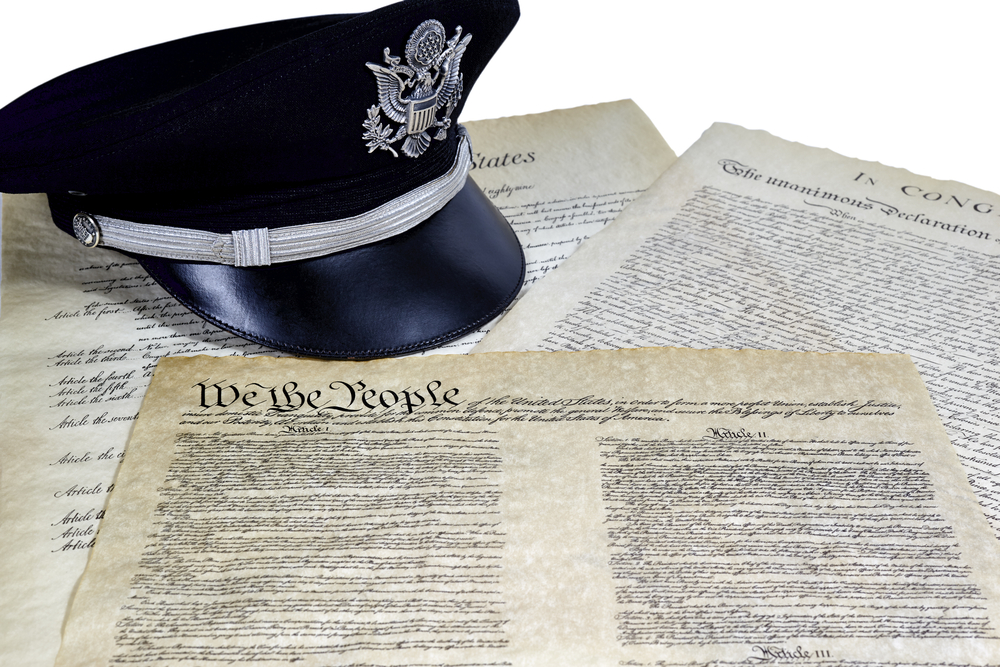 When Austin Greening shot and killed his friend and fellow sailor in 2013, he was charged with murder in a Virginia court and pleaded guilty to involuntary manslaughter. He was sentenced to serve three years, with two and a half years suspended.

Greening ultimately served only seven weeks in jail. Naval commanders thought that wasn’t enough; they had him taken back into custody and charged in a military court.

Under the Uniform Code of Military Justice—a set of laws and regulations established by Congress that enforces military behavior and conduct—Greening, then 26, was again charged with murder.

Being charged twice for the same crime is unconstitutional under the Fifth Amendment’s double jeopardy clause. But that protection doesn’t apply to those who serve in the military. Active and some retired service members live under a parallel but separate court system—a system that has the ability to prosecute them with almost identical charges.

“My own view is that if this looks like and smells like double jeopardy, this violates the Constitution,” said Kent Eiler, project director of the Veterans Assistance Project, which provides free legal services to veterans in New York City.

Some military justice experts have argued against the practice in filings attached to Gamble v. United States, a case Supreme Court justices heard in December that challenges federal jurisdiction to bring charges against a person already convicted by a state court of similar charges.

In an argument filed against the government, appeals lawyers for the different branches of the military said prosecuting service members twice is unconstitutional. They asked the court to rule that “those who served our country receive the proper double jeopardy protections of the Constitution, our basic charter of rights to which they took an oath to defend with their lives.”

In past cases, the Supreme Court has ruled that because different governments have different crime statutes, it’s possible to offend both simultaneously. For example, when four Los Angeles police officers were found not guilty in the assault of Rodney King in 1991, they were charged again in a federal court for violating King’s civil rights. It would only have been considered double jeopardy if the state had prosecuted the officers twice for King’s beating.

It’s unclear how often the military tries service members on charges already adjudicated in civilian courts. (None of the armed forces keep records on civilian cases.) When examples do emerge, the crimes are typically egregious, such as murder or rape. But legislators and lawyers say these cases are brought to a court-martial by commanders who often have no legal background, yet are asked to decide complicated legal issues.

After civilians have been prosecuted in state courts, it’s up to lawyers in the U.S. attorney general’s office to decide whether a charge is worth pursuing for a second time in a federal court.

In the military, senior ranking officers decide whether there’s enough evidence for a court-martial. Yet they receive only a few days of legal training. Erin Elliott, who testified to the House Armed Services Committee about her sexual assault and is now a commanding officer herself, said the topic of how to handle sexual assault cases was covered in just a few hours.

“Lawyers have to look at their state bar and military bar rules for ethical guidance. Commanders don’t,” said Lt. Daniel Rosinski, an appeals lawyer in the Navy who wrote the argument in the Gamble case. He also represents Greening in his appeal to a higher military court, but wouldn’t make Greening available to discuss the case, citing pending litigation.

Members of both the House and Senate armed forces committees have held hearings that discussed taking legal decisions out of the hands of commanders.

“They’re just not qualified to be making legal decisions,” Don Christensen said, a former Air Force colonel and military judge who compared the decisions to having a hospital manager tell a brain surgeon how to operate on a patient.

But commanders do get advice from lawyers. When a service member is being charged for a crime for the second time, a senior-ranking judge advocate general weighs in. Commanders are not required to follow that advice, but former Army Gen. and Deputy Judge Advocate John D. Altenburg said it’s unlikely they would ignore it.

“There’s no way somebody was preferring charges just because the commander doesn’t like them. That simply doesn’t happen,” he said.

Altenburg said he understands why it would appear to others that a successive court-martial looks like double jeopardy, but that “technically, it is not.”

In their defense, military judges point out that the armed forces, like the federal government, have an interest in trying cases again where a state court imposed a sentence that was too lenient. And victims’ families say the courts-martial have been effective in ensuring justice is served.

“We wanted justice for what the defendant did to our son,” said Valerie Klubert, the mother of Kristopher Klubert, whom Greening killed. She said she was contacted by a military lawyer before Greening was released and asked if she would support another trial.

In his court-martial, Greening was found not guilty of murder but was sentenced to serve three and a half more years at a military prison for “engaging in an act inherently dangerous to another”—a violation that is unique to the military.

Though the military had the right to convict, the issues raised by Greening’s case should have deterred the Navy from moving forward, said Greg T. Rinckey, a former Army lawyer and founding partner of the law firm Tully Rinckey. “It smells bad,” he said. “It smells like double jeopardy.”