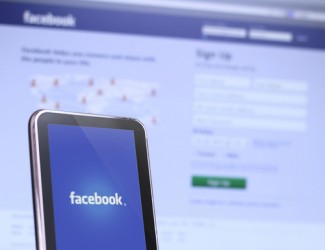 The lawsuit, filed Wednesday, argues that the social media company was required by Illinois law to inform Carlo Licata in writing that it would collect and retain his “biometric data,” and specify when it would destroy that data.

The technology in question, added in 2010, uses previously uploaded photos to suggest people who might be tagged in a newly uploaded photo. The databases and servers that permit this are under Facebook’s control. Users can prevent others from tagging them, but they can’t delete other users’ photos or erase data on Facebook’s servers.

In addition to creating privacy concerns, says Jay Edelson, the attorney for Licata, this could be “a total mess” if hackers got hold of the information.

Facebook has been criticized heavily by privacy advocates, for a variety of features. The facial recognition technology was turned off for European users in 2012, reported the IDG News Service, after Irish and German regulators objected to the technology and its accompanying privacy policy. However, TechCrunch reported in 2014 that Europeans with Facebook friends in the U.S. may still see “tag suggestions” for photos of Americans, even if the photos were uploaded in Europe.

Facial recognition technology has triggered privacy concerns in other areas, including a courthouse security pilot program launched last year in St. Louis. It has also helped law enforcement solve crimes, some quite old.