Drunken driver gets enhanced sentence over her live-stream selfie video 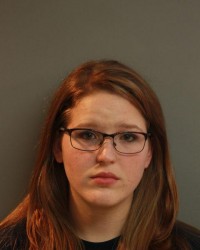 A self-admitted drunken driver who made headlines by live-streaming video of herself behind the wheel after bar-hopping in Lakeland, Florida, last year has avoided jail time.

But because of her video stream on Periscope Whitney Beall, 24, got an enhanced sentence last week after pleading no contest to driving under the influence, according to ABC News and the Lakeland Ledger.

For “publicly flaunting her disregard for the safety of the community,” Beall got 10 days of weekend work release and 150 hours of community service, said assistant state attorney Lori Winstead.

Beall also got a standard sentence for a first offender, which included being on probation for a year, a six-month suspension of her driving privileges, having her vehicle impounded for 10 days and $1,000 in fines and court costs, among other sanctions.

Beall could not be reached Monday for comment, the Ledger says.

Individuals watching Periscope last year remonstrated with Beall, who described herself as “drunk beyond belief” on the social media mobile app live-stream, and at least one or two called Lakeland police. With the help of landmarks they recognized on the video, officers soon located Beall, who had reportedly struck a curb and flattened a tire on her 2015 Toyota Corolla.

WFLA and WFTS also have stories.

ABAJournal.com: “Self-described drunken driver live-streams video while behind wheel and is charged with DUI”