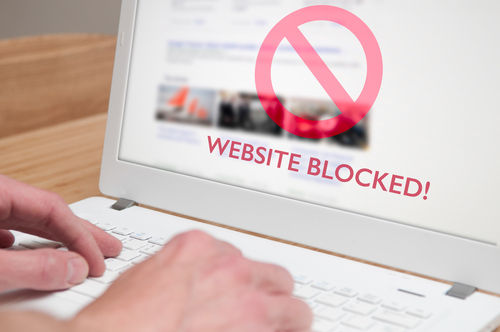 Employees at the U.S. Department of Education are no longer blocked from accessing the Public Citizen website when using its Wi-Fi and employee networks.

The department agreed to adjust its web filter after Public Citizen filed suit in April claiming a First Amendment violation, according to a Sept. 12 press release. The Daily Beast has coverage.

Other websites in the “adult/mature” category included those devoted to pornography and gambling.

The July 26 letter says Fortinet is not consistent in its grouping of advocacy organizations. Some organizations—including the American Civil Liberties Union and the U.S. Chamber of Commerce—are put in a “general interest” category that is less likely to be blocked by customers.

Public Citizen’s lawyer, Nandan Joshi, called the situation “bizarre” in an interview with the Daily Beast.

“Some web filterer decides to do a classification, and all the sudden voices are silenced,” he said.

Previous:
What advice do you have for lawyers experiencing seasonal affective disorder?