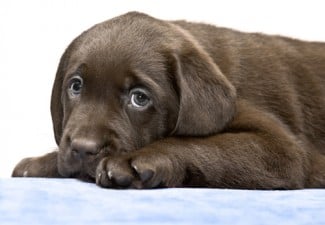 The Iowa Supreme Court ruled Tuesday that a no-pets building in Iowa City, Iowa, should not have allowed a new tenant to have an emotional support dog after an objection by another tenant with severe allergies.

The court ruled 4-3 for tenant Karen Cohen in her lawsuit for breach of her lease’s no-pets provision and interference with the “quiet enjoyment” of her property.

The landlord’s accommodation for the dog wasn’t reasonable because the tenant with allergies to pet dander had “priority in time,” and her severe allergies had been medically documented, the court said in its June 30 opinion.

“Our balancing in this case is not a one-size-fits-all test that will create the same result under different circumstances, such as when the animal at issue is a service animal for a visually disabled person,” the court said.

The tenant who sought the emotional support dog, David Clark, had requested the accommodation one month after his lease began.

An employee with the Iowa Civil Rights Commission had advised the landlord during a phone call to try to accommodate both tenants. The landlord assigned separate stairwells to each tenant and installed an air purifier for Cohen’s apartment.

Cohen testified that the accommodations didn’t work. Her nose was constantly stuffy, her sinuses were swollen and she was constantly coughing. At one point, her throat felt as if it was beginning to swell.

The Iowa Supreme Court said its decision aligns with those of other circuits, including:

• A 2019 decision by the 6th U.S. Circuit Court of Appeals at Cincinnati rejecting a tenant’s request to ban smoking in her condo complex because of her asthma. The court said a smoking ban would fundamentally alter the complex’s smoking policy and would intrude on the rights of third parties.

• A 2018 decision by the U.S. District Court for the Eastern District of Virginia that found that an employer did not engage in disability discrimination by banning a worker’s emotional support dog partly due to co-workers’ dog allergies.

• A 2013 decision by the 4th Circuit at Richmond, Virginia, holding that potential injury to third parties is a relevant factor in determining whether a rejected accommodation request violated fair housing law.

Radio Iowa and the Gazette had coverage of the decision, Cohen v. Clark.

Hat tip to CertaPet, which noted the decision in a press release.