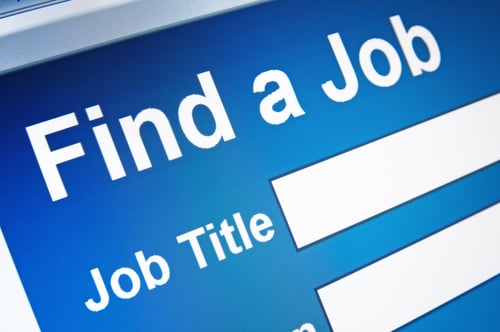 Experts told ProPublica that it was most likely illegal. And it turns out the federal government now agrees. A group of recent rulings by the U.S. Equal Employment Opportunity Commission found “reasonable cause” to conclude that seven employers violated civil rights protections by excluding women or older workers or both from seeing job ads they posted on Facebook.

The agency’s rulings appear to be the first time it has taken on targeted advertising, the core of Facebook’s business. “It answers the question from the EEOC’s perspective,” former agency Commissioner Jenny R. Yang said. “If you’re excluding older workers from seeing your ads for jobs, it does violate” anti-discrimination laws. The EEOC declined to comment.

The decisions stem from complaints filed by the Communications Workers of America, the American Civil Liberties Union and plaintiffs’ attorneys after ProPublica’s reporting. The agency made the rulings in July, but they are becoming public now as part of a separate pending class-action suit in federal court accusing companies of age discrimination.

The ads are all from 2018 or earlier. Since then, Facebook has agreed in a settlement to make sweeping changes to the way employers, landlords and creditors can target advertising. The changes are scheduled to take effect by the end of the year.

A Facebook spokesperson pointed to the company’s recent changes and said, “Helping prevent discrimination in housing, employment or credit ads is an area we believe we lead the advertising industry.”

In the latest rulings, the EEOC cited four companies for age discrimination: Capital One, Edwards Jones, Enterprise Holdings and DriveTime Automotive Group. Three companies were cited for discrimination by both age and gender: Nebraska Furniture Mart, Renewal by Andersen and Sandhills Publishing Company. The companies can now work out a settlement with the EEOC or go to court.

Most of the companies did not immediately respond to requests for comment. Nebraska Furniture Mart declined to comment. A spokesperson for financial firm Edwards Jones said, “We strongly disagree with the claim that our firm engaged in discriminatory practices in advertising of job opportunities, recruiting or hiring.”

Dozens of other complaints have been filed with the EEOC about discrimination in targeted advertising on Facebook. Most of the allegations are still pending.

The EEOC’s batch of decisions are significant, attorney Peter Romer-Friedman of Outten & Golden says, because they are the first time companies besides Facebook have had to defend how they use Facebook’s tools to advertise jobs.

His firm also filed a suit against seven real estate companies last week for allegedly discriminating by age in housing ads. ProPublica first reported on discriminatory housing ads on Facebook three years ago. The company changed its process for screening housing ads after ProPublica retested the system two years ago and showed it was possible to buy dozens of ads that excluded people by gender, race, religion, national origin, age and other categories protected by civil rights laws.