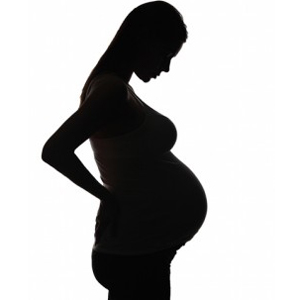 A former law clerk for a federal judge in Georgia told a U.S. House of Representatives panel Thursday that she thinks that she was fired because of her pregnancy.

The former clerk, Caitlyn Clark, said in written testimony her pregnancy was “treated as a burden and an inconvenience, and I felt belittled because of it.” She was a clerk for Senior U.S. District Judge C. Ashley Royal of the Middle District of Georgia, who fired her before she gave birth.

The Washington Post spoke with Clark in advance of the hearing, while Reuters covered the live testimony before the House Judiciary Committee’s Subcommittee on Courts, Intellectual Property and the Internet.

Clark said that, after learning of Clark’s pregnancy, a career law clerk complained that Clark would “never get work done now.” The clerk became hypercritical of her writing and made “excessive and often contradictory edits” to the point that Clark could barely work, Clark said in her written testimony.

In April 2020, Royal called Clark to his home. Clark said Royal told her tat she was moving too slowly, and she lacked drive and intensity. Clark said she remembers Royal saying something along the lines of, “While clerking may be a good ‘mommy job,’ work still has to be done.”

Months later, Royal told Clark that he was rescinding a prior offer to extend her clerkship by two years. She was later told not to return after the end of her pregnancy leave.

Clark’s complaint was heard by another judge in Royal’s court, who ruled against her. Her appeal was rejected Thursday before the start of the hearing.

Royal told the Washington Post before the hearing that he couldn’t comment during Clark’s appeal. He and the career clerk previously said Clark’s firing was due to her job performance. He told the investigating judge that Clark’s account was “devious and, as far as I’m concerned, it is corrupt, and I don’t want her back, and nobody at my courthouse wants her back.”

Reuters pointed out that court employees aren’t protected in the workplace by Title VII of the Civil Rights Act. Pending legislation, the Judiciary Accountability Act, would extend the same protections to judiciary workers.

The federal judiciary’s Workplace Conduct Working Group said in a report released in advance of the hearing it has taken extensive steps to address discrimination and harassment, according to Law360.

The group made nine new recommendations. One is that employee complaints be examined by judges from different courts than where the complaint originates, according to a federal judiciary press release. Another is that the judiciary should consider adding additional monetary remedies, beyond those available through the Back Pay Act, into the complaint process.

Two members of the working group—Judge M. Margaret McKeown of the 9th U.S. Circuit Court of Appeals at San Francisco and U.S. District Judge Julie A. Robinson of the District of Kansas—testified before the subcommittee Thursday, according to another press release by the federal judiciary.

They expressed concern about the Judiciary Accountability Act, which would establish a national commission to oversee workplace issues in the judiciary.

The bill “removes avenues for reporting misconduct, possibly discouraging reporting,” McKeown said in written testimony. “Some employees might be hesitant to report misconduct to a national, centralized entity, rather than within the familiar ambit of their particular court or circuit.”

The bill also creates a risk that the national commission could be used by the political branches or others to intimidate or harass judges, McKeown said.