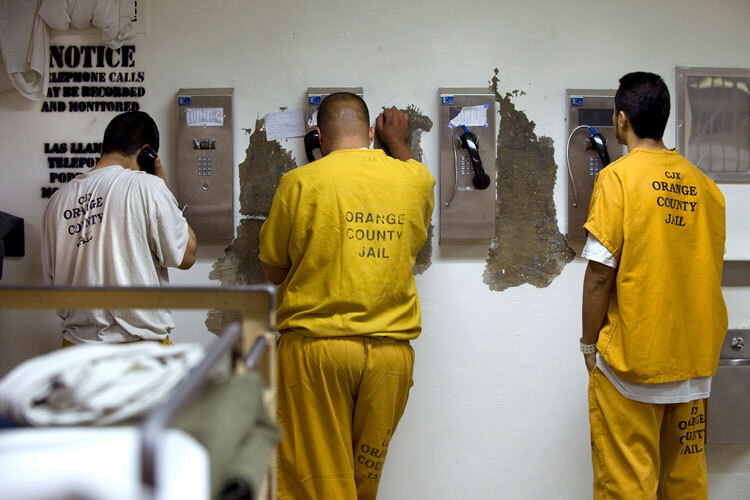 The Federal Communications Commission voted unanimously Thursday to make phone calls more affordable for people in prisons or jails by approving a plan to reduce out-of-state call rates by at least one-third.

“With today’s action, the FCC takes a step forward to address the high cost that incarcerated people and their families pay for phone service,” said Rosenworcel, who was selected as interim chair by President Joe Biden. “But to be clear, this is not the last action we’ll take because there is more that needs to be done.”

Telephone service providers must ensure incarcerated people with disabilities have access to the equipment and services they need to stay connected with friends and family. The agency for the first time placed rate caps on international calls. The FCC did not change rates for in-state calls. The agency previously tried to lower the rate of intrastate calls, but a federal appeals court in Washington, D.C., ruled in 2017 that the agency did not have the authority to do so.

Securus Technologies and Global Tel Link are two of the biggest players in the prison and jail phone market. Securus said in a statement it hoped to offer subscription plans to lower costs.

“We continue to support all thoughtful, data-driven rulemaking processes and we share the same goal as the FCC: to increase value and affordability of services in a thoughtful and innovative manner that reflects the unique challenges of the correctional environment,” the company said.

Global Tel Link noted in an emailed statement that it had responded to the coronavirus pandemic by offering “baseline free communications” to its customers, including a free weekly calling program.

“While we disagree with certain points in the draft order, we believe lower rates will benefit incarcerated individuals and their families and friends,” the company said.

Phone justice advocates have fought for decades to reduce rates for prison phone calls. They have said that the caps do not go far enough because they do not address in-state call rates, which make up 80% of all calls made from prisons and jails. According to data collected in 2018 by the Prison Policy Initiative, the highest cost of a 15-minute in-state call from jails in Arkansas, Michigan and Wisconsin topped $20.

Others, such as columnist Eric Zorn of the Chicago Tribune, have argued the calls should be free.

All incarcerated people are restricted to using the telephone service providers that prisons and jails offer, the FCC’s proposal states. Numerous studies have shown that inmates who maintain regular contact with their family and loved ones have lower recidivism rates, the Prison Legal News blog reported in 2014. High call rates push incarcerated people and their families into debt, according to Politico.

Rosenworcel said that 2.7 million children have at least one parent incarcerated and when prisoners are hundreds of miles away from their loved ones, phone calls are one of the only ways to stay connected.

“When a single call can cost as much as most of us pay for an unlimited monthly plan, the financial burden of staying in touch can be too much to bear,” Rosenworcel said. “This harms the families and children of the incarcerated, and harms all of us because we know that regular contact with family members reduces recidivism.”

The cost of phone calls was also thrown into sharp relief when the pandemic made it harder for incarcerated people to stay in touch with their families because prisons curtailed in-person visits, she added.

Sen. Tammy Duckworth, D-Ill., sponsored a bill in Congress that would lower in-state rates, the Martha Wright-Reed Just and Reasonable Communications Act. The idea of offering free calls has also gained traction. A bill pending in the Connecticut state legislature would not charge incarcerated people for making phone calls.