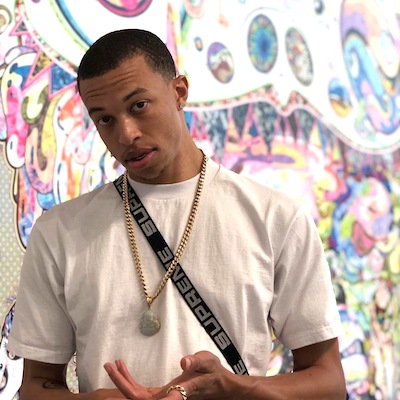 From the first seconds, it’s clear that Drakeo the Ruler’s new mixtape is different. Sure, the beats are strong, the hooks catchy and the lyrics poetic—all elements that have propelled the gangster rapper from South Central Los Angeles to national prominence.

But there’s a scratchy, analog feel to his voice this time, evident whether he’s spitting about street codes, snitching or shopping at Neiman Marcus. Then there’s the distinctive soundbite placed at the end of each song: a pleasing, computer-generated woman’s voice saying, “Thank you for using GTL.”

GTL, short for Global Tel Link, is one of the biggest players in the prison telecommunications industry that connects calls between jail and prison inmates and the outside world. GTL is how Drakeo was able to lay down the vocal tracks for this mixtape while he was being held in the Los Angeles County Men’s Central Jail pending retrial on gang-related charges, despite his acquittal last year on murder and other related charges. After he was released in early November following a plea deal that included probation and credit for time served.

Drakeo and his producer, JoogSZN, heard that polite robotic refrain a lot over the 33 or so hours of it took for Drakeo to rap his songs over the phone. JoogSZN says the original plan was to exclude it from the recordings; instead, he decided to make it an integral element of the entire production. Titling the mixtape Thank You for Using GTL became a given.

JoogSZN says he didn’t intend to emphasize the recording’s origin story. As time went on, however, he realized it was critical to convey what Drakeo was going through.

“I wanted people to understand this man’s position, that he was recording this way by force and not by choice,” JoogSZN says. “I did not want that to be lost in translation—I didn’t want people to listen to the tape and say, ‘Oh, that’s a nice song’ or ‘I wonder why he sounds like that.’ I want you to feel every part of the songs—I want you to know that it’s not an effect. He sounds like that because he’s talking over a jail phone.”

The strategy worked: Reviewers have called the mixtape “mesmerizing,” “momentous” and an “unparalleled achievement.” JoogSZN says he appreciates the praise, but he’s also happy that the positive press has trained the spotlight on Drakeo’s case, on the justice system in general and, ultimately, on the predatory pricing practices of the mixtape’s namesake, GTL.

The Reston, Virginia-based company behind that disembodied robot voice wasn’t just offering up a vocal sample, it was also billing Drakeo—to the tune of 25 cents per minute for the nearly 2,000 minutes it took to finish the production, JoogSZN says.

The issue of inmate phone service pricing isn’t new, and the effects on inmates and their families that arise from having to shoulder this debt are well-documented.

Activists and lawyers have been sounding the alarm for decades, most recently with a proposed class action antitrust suit filed in July in a Maryland District Court against GTL and another major player in the market, Securus Technologies, over its pricing on single inmate-placed flat fee calls.

In June 2019, a bipartisan group of senators including Tammy Duckworth, D-Ill., and Rob Portman, R-Ohio, introduced the Martha Wright-Reed Just and Reasonable Communications Act to address “the prohibitively expensive and predatory price of phone calls,” according to a press release issued by Duckworth.

But the COVID-19 pandemic has exacerbated the issue by ending in-person visits and compounding the stress that family and friends already feel for inmates in detention. San Francisco County and New York City permanently eliminated call costs for certain inmate populations.

Other jurisdictions took action, too, but these moves were only temporary and subject to rollbacks—some of which have already begun. Vermont, for example, ended its temporary free video calls in June, and Pennsylvania recently reduced the number of free calls each week from five to one.

In California, relief was in sight with SB-555, which would have limited the amount that a county jail could charge for phone calls and video communication, but Gov. Gavin Newsom vetoed it on Sept. 30, arguing it would reduce rehabilitative and educational programming.

This patchwork, state-by-state approach is the result of the 2017 U.S. Court of Appeals for the District of Columbia Circuit’s ruling in Global Tel-Link v. Federal Communications Commission. That case basically shut down the FCC’s claim that it had jurisdiction under the Communications Act of 1996 to regulate intrastate calls as well as interstate calling.

Calls between inmates and families and friends located within the same state make up roughly 80% of all inmate calls, according to Public Knowledge, a Washington, D.C.-based communications policy advocacy organization. That means the FCC can do little more for the majority of inmates than ask states to get with the program.

On Sept. 22, FCC chairman Ajit V. Pai did just that. He co-authored a letter sent to the governors of every U.S. state and territory urging them to reduce intrastate inmate phone rates and fees. For good measure, the letter included a 45-page list of the cities and counties in every state that charged fees in excess of the FCC’s interstate cap of $3.15 for a 15-minute call.

Inmates in Arkansas and Michigan could be charged upwards of $24 per 15-minute call; in Clovis, California, detainees faced a $26.25 bill for a quarter hour call.

Pai noted in his letter that the FCC has already done everything it’s legally able to do. In August, the FCC proposed a pricing structure to lower interstate phone rates, and it also asserted jurisdiction to regulate the ancillary fees that inmate telecom companies charge for options and services in addition to the actual call. The proposed pricing structure would reduce rates up to 44%, according to the letter. 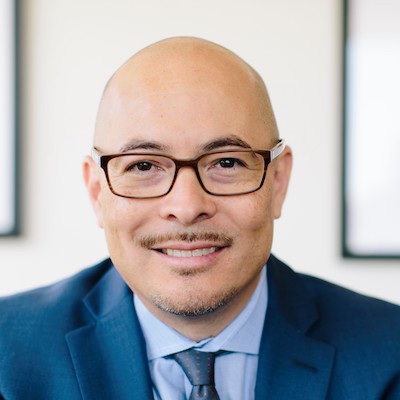 There is, however, a scenario that could provide more immediate relief. If the Senate can pass a COVID-19 relief package, there’s a chance it could include prison phone system rate reform. The Heroes Act, passed by the House of Representatives in May, included the COVID-19 Compassion and Martha Wright-Reed Prison Phone Justice Act, a House bill introduced by Rep. Bobby Rush, D-Ill., that would provide additional relief to that contained in Duckworth’s bill.

Inmate phone rate relief could also become a part of one of the proposed pared-back coronavirus relief packages currently under discussion between the House and Senate or proposed by the Administration, says Albert Kramer, senior fellow at Public Knowledge, a Washington, D.C. communications advocacy organization.

The hope, he says, is that whatever the Senate ultimately passes includes a provision similar to either the comprehensive Duckworth-Rush bill or to Duckworth’s bipartisan version, S. 1764.

Of course, it’s also possible that the Senate could just vote to approve S. 1764, which is currently parked in the Committee on Commerce, Science and Transportation. Kramer thinks this is unlikely to happen, however, because lobbies representing the jails and prisons, which benefit from the proceeds of service contract deals between prisons, jails and the inmate telecom providers, will likely want to weigh in before any votes are cast.

Meanwhile, America’s inmates remain powerless to do anything about their situation.

“You have a literal captive audience,” Kramer says. “The callers have nowhere else to go—either they buy this service, or they get none.”

“Talking to family and friends doesn’t just help inmates manage their time in custody better, it also means they have someone waiting for them when they get out—someone to support them—and that affects their desire to reform, to find a job, and to maintain relationships with loved ones and with their kids,” he says.

The San Francisco-based solo, who represents Drakeo, says he’s seen firsthand the harm his clients and their families have experienced as a result of high phone charges.

“I have had discussions with women who are having to budget when they can talk to their husbands,” Hamasaki says. “The person on the inside isn’t making any income, so you’re really taking this income from poor families, working families and families who were probably on the margins anyway—is this where we are as a society? Where we have to take money from people who are struggling to buy diapers? It really is that bad.”