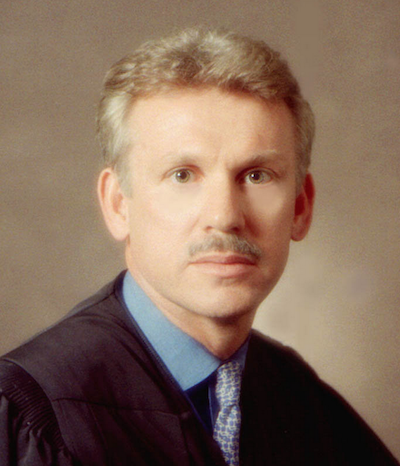 The U.S. Court of Appeals for the District of Columbia Circuit heard virtual oral arguments last week on whether to revive a federal judge’s lawsuit challenging a dropped order that he submit to a mental health examination.

A lawyer for U.S. District Judge John R. Adams of the Northern District of Ohio argued that the case is not moot because the judge still suffers harm from a publicly available finding that he committed misconduct, partly because he failed to undergo the exam.

The council also found two incidents to be “troubling,” according to an August 2017 decision by the U.S. Judicial Conference Committee on Judicial Conduct and Disability, which upheld the reprimand and exam order.

In one incident, “there were disputed accounts regarding whether Judge Adams bumped a magistrate judge on a running path near the courthouse,” the decision said. In another, Adams reportedly blocked an intern’s car with his own when the intern inadvertently parked in Adams’ parking space.

The Judicial Conference committee also noted that the show cause order was the culmination of an increasingly strained relationship between Adams and his colleagues. The relationship problems began when the court did not select Adams’ preferred candidate for a vacant magistrate judge position, according to the Judicial Conference committee decision.

Adams sued in September 2017, claiming that there was no authority to compel a psychiatric exam.

The judicial council withdrew the exam order and misconduct complaint in 2019 following a yearlong review period in which Adams didn’t commit any additional misconduct.

“There is no pending proceeding, no ongoing review, and no shoe that can drop,” Jackson wrote in her September 2020 opinion.

During oral arguments before the appeals court, its newest member, Judge Ketanji Brown Jackson questioned why the judicial council didn’t retract its misconduct finding. She asked whether the “inherent stigmatizing” finding was enough to support the lawsuit.

Adams’ lawyer, Paul Orfanedes of Judicial Watch, a conservative watchdog group, said Adams is only the second federal judge to be ordered to take a mental health exam. He is the only judge found to have committed misconduct by refusing to take the exam, he said.