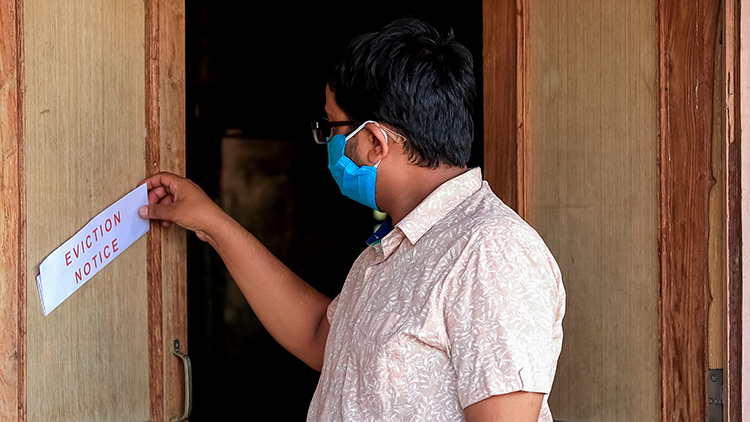 A federal judge in Washington, D.C., has set aside a nationwide eviction moratorium that was set to expire June 30.

U.S. District Judge Dabney L. Friedrich of the District of Columbia ruled Wednesday that the U.S. Centers for Disease Control and Prevention did not have the authority under federal law to impose the moratorium.

Her opinion follows a March 29 decision by the 6th U.S. Circuit Court of Appeals at Cincinnati finding that the CDC did not have statutory authority to impose the moratorium, according to the Volokh Conspiracy. Other federal district courts have split on the issue.

The 6th Circuit decision, Tiger Lily v. U.S. Department of Housing and Urban Development, said the government was unlikely to succeed on the merits of its appeal in the case.

The CDC eviction moratorium applied to tenants expecting to make less than $99,000 for the year and who were unable to pay full rent because of a loss of income or extraordinary medical expenses. The CDC order imposed fines and jail time for violations.

The CDC had issued its order under the Public Health Service Act, which authorizes the CDC, with approval from the secretary of the Department of Health and Human Services, to make and enforce regulations to stop the spread of communicable diseases between states.

Section 264(a) of the law says the HHS secretary may, for the purpose of carrying out the regulations, “provide for such inspection, fumigation, disinfection, sanitation, pest extermination, destruction of animals or articles found to be so infected or contaminated as to be sources of dangerous infection to human beings, and other measures, as in his judgment may be necessary.”

The government argued that this language gave the CDC authority to determine what measures are necessary to prevent contagion.

But Friedrich, citing the 6th Circuit opinion, said an eviction moratorium is different in nature than inspecting, fumigating, disinfecting, sanitizing, exterminating or destroying.

“In sum, the Public Health Service Act authorizes the department to combat the spread of disease through a range of measures, but these measures plainly do not encompass the nationwide eviction moratorium set forth in the CDC order,” Friedrich wrote.

Friedrich is an appointee of former President Donald Trump.

The case is Alabama Association of Realtors v. U.S. Department of Health and Human Services.

The Department of Justice plans to appeal and seek a stay of Friedrich’s decision, according to Washington Post coverage of the decision. The New York Times also has coverage.