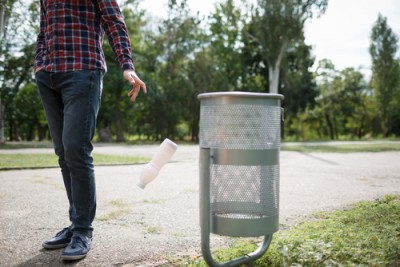 A New Jersey township violated the constitutional rights of a college student who had only 11 cents in his pocket when he was jailed for being unable to pay a littering fine, a federal judge has ruled.

U.S. District Judge Noel Hillman ruled for Anthony Knieser on his motion for summary judgment against Burlington Township, but said it was too soon to decide whether the municipal judge who jailed him was also liable. Courthouse News Service covered last Friday’s decision.

The court had a policy and practice that “effectively extorts payments” from the family and friends of indigent defendants, Hillman said. That policy is contrary to precedent that requires judges to consider indigency and alternatives to payment in full, he said.

Kneisser had appeared in court in May 2014 after he was ticketed for throwing a cigarette butt out his car window. He pleaded guilty and asked Judge Dennis McInerney to approve a payment plan or community service. The fine, with court costs and fees, was $239.

McInerney told Kneisser “there’s no way to avoid the fine,” and he needed to check out at the clerk’s window. The window had a sign stating that fines up to $200 needed to be paid in full, and fines above $200 required a minimum payment of $200.

Kneisser told the clerk he couldn’t pay, and he was given a form to establish indigency. Kneisser filled out the form, requested a payment plan and returned to court.

McInerney told Kneisser he was sentenced to five days in jail. When Kneisser protested that he has no friends who can help him out, the judge replied, “Well then, you do the time.”

Kneisser’s father was a medical doctor, but he had told his son he would not pay the ticket, Hillman said in a footnote. The doctor said in a deposition that he had lectured his son for smoking and tossing his cigarette butt out the window, and he hoped his son would learn a lesson by doing community service or whatever it took to take care of the infraction.

Kneisser’s father paid the fine after his son was arrested and taken to the township’s jail.

Hillman said that the township’s practice violates the rights of indigent defendants “every step of the way by converting a fine-only penalty into punitive incarceration, by failing to provide indigent defendants with alternatives to full and immediate payment, by ignoring that these defendants have not waived their right to counsel relating to a jail sentence, and by issuing constitutionally infirm process to search and seize these defendants and place them in jail.”