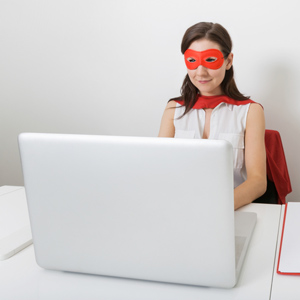 A Florida lawyer is trying to learn the identity of a negative reviewer on Avvo by seeking to enforce a subpoena in Washington state, where the lawyer-rating website is based.

Thomson has 11 reviews on Avvo and only one was negative, the Tampa Bay Times reported in its May 29 story. “I am still in court five years after Ms. Thomson represented me during my divorce proceedings,” the negative review said. “Her lack of basic business skills and detachment from her fiduciary responsibilities has cost me everything.”

Thomson responded on Avvo that the reviewer wasn’t an actual client of hers and the writer, she believes, is someone she knows who is making a personal attack.

The reviewer also alleged that Thomson”failed to show up for a nine-hour mediation because she had vacation days. She failed to subpoena documents that are critical to the division of assets in any divorce proceeding. In fact, she did not subpoena any documents at all. My interests were simply not protected in any meaningful way.”

Thomson says a mediation won’t even take place if a lawyer doesn’t show up, and mediations are not scheduled for blocks of time as described in the review. She also took issue with the claim that she handled the case five years ago, saying she worked at a law firm at that time where any cases were not her own.

The “Jane Doe” reviewer is represented by Paul Alan Levy of Public Citizen, who argues Thomson shouldn’t be able to unmask the reviewer unless she can show her defamation claim is likely to succeed.

Updated at 8:30 a.m. in response to reader comment to replace sentence with an additional direct quote from the negative review. Updated at 10:55 a.m. to correct link.