Former judge is killed at his home; suspect, a former defendant, said to have other targets 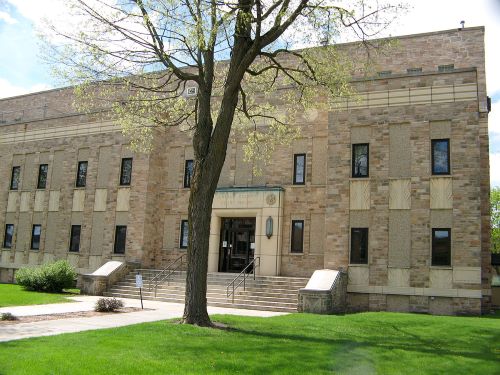 A front view of the Juneau County Courthouse in Mauston, Wisconsin. Photo by Joehanneman, CC-BY-SA-3.0, via Wikimedia Commons.

Updated: A former Wisconsin judge found dead from gunshot wounds at his home Friday had once sentenced the suspect in the shooting to six years in prison.

Retired Juneau County, Wisconsin, Judge John Roemer, 68, was found dead and zip tied to a chair at his New Lisbon, Wisconsin, home, WISN reports. The suspect, Douglas K. Uhde, 56, was found in the basement with an apparent self-inflicted gunshot wound, according to a June 4 press release from the Wisconsin Department of Justice.

Uhde was taken to a hospital, where he was in critical condition Saturday. He was declared brain dead the same day but was kept on life support to allow for organ donation, report CNN and a press release. Uhde died Tuesday.

The person who called police had left the home and gone to a neighbor’s house. A neighbor told the Wisconsin State Journal that Roemer lived with two of his sons, and both fled. His wife and another son had died in recent years. 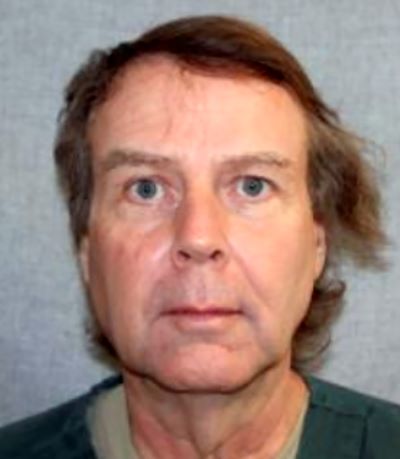 Douglas K. Uhde in March 2020. Uhde is suspected in the shooting death of retired Juneau County, Wisconsin, Judge John Roemer. Photo from the Wisconsin Department of Corrections via the Associated Press.

Roemer had sentenced Uhde on a burglary charge in 2005 to six years in prison and nine years of extended supervision. Roemer got the case after an appeals court ruled that another judge had failed to follow the state’s truth in sentencing rules, according to the Milwaukee Journal Sentinel. Uhde was released from prison in 2020.

Roemer was first elected to the bench in 2004. He retired in 2017 because of his wife’s health problems.

Before he became a judge, Roemer was an assistant district attorney for 12 years and an assistant public defender for five years, according to the Wisconsin Rapids Tribune. He was also an active member of his church.

Roemer “was known by colleagues for his sharp legal mind and his willingness to share his time and knowledge with others,” according to a statement by Wisconsin Supreme Court Chief Justice Annette Kingsland Ziegler.

“The American Bar Association is saddened and disturbed by the killing of retired Wisconsin Judge John Roemer and offers its condolences to his family and friends,” Turner wrote. “The physical safety of judges is imperative, so that they are able to decide matters that come before them based on the facts presented and the law.”

“The ABA calls on Congress to act to improve the security of our judges with stronger measures and increased funding. Passage of the bipartisan Daniel Anderl Judicial Security and Privacy Act would enhance judicial security by restricting the disclosure and publication of judges’ personally identifiable information,” he added. “The safety of our judges needs to be a priority if our justice system is to function effectively.”

The ABA Governmental Affairs Office has created an online campaign to help people contact their own congressional representatives to urge the passing of the Daniel Anderl Judicial Security and Privacy Act.

ABAJournal.com: “An attack on a judge’s family is putting judicial security center stage”

ABAJournal.com: “New Jersey federal judge: ‘Monster’ who killed my son had dossier on us; we need judicial privacy”