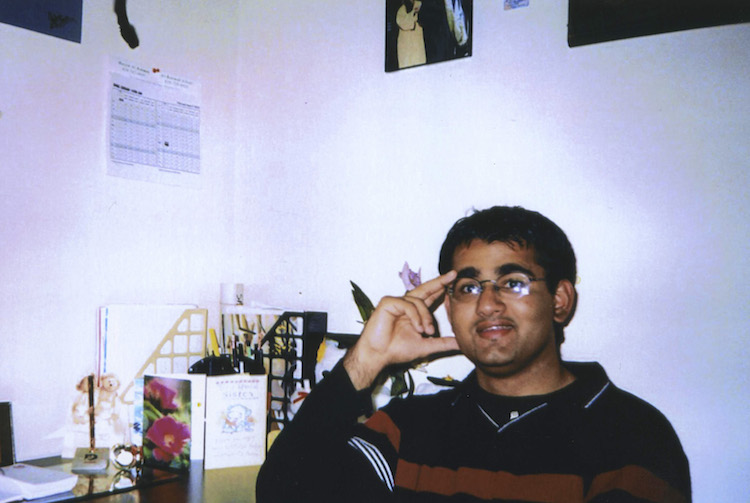 In this family photo, Majid Khan is seen in 1999 during his senior year in high school in Maryland. Photo from the Khan family and the Center for Constitutional Rights via the Associated Press.

An Al-Qaida courier testified Thursday about beatings, waterboarding and other abuses that he endured at former CIA black sites for three years beginning in 2003.

The testimony by Majid Khan was the first by a former black site prisoner in open court, the New York Times reports. The Guantanamo detainee testified before a military jury that will deliberate on his official sentence following his February 2012 guilty plea to terrorism-related charges.

The guilty plea included a charge of murder in violation of war for delivering $50,000 to an al-Qaida affiliate, which used the money to bomb a hotel. Khan also admitted wearing a suicide vest in a failed attempt to assassinate the president of Pakistan.

Khan is a Pakistani citizen who graduated from high school in Maryland, according to prior coverage from the New York Times. Under a cooperation deal with the United States, he will be released no later than February 2025. The sentencing hearing is nonetheless a military commission requirement.

Khan said he was beaten while nude, chained in a way that made it impossible to sleep, held down in icy cold water to the point of nearly drowning, waterboarded and kept in darkness, according to the New York Times.

When he refused an order to drink, the CIA pumped water up his rectum with a garden hose, he said. When he refused to eat, a feeding tube was inserted that he would try to bite off. In one instance, a plunger was used to try to force food into his stomach.

Khan said he rejected the al-Qaida and terrorism while in custody.

“To those who tortured me, I forgive you,” Khan said. “I hope in the day of judgment that Allah will do the same for you and for me. I ask forgiveness from those whom I have wronged and I have hurt.”