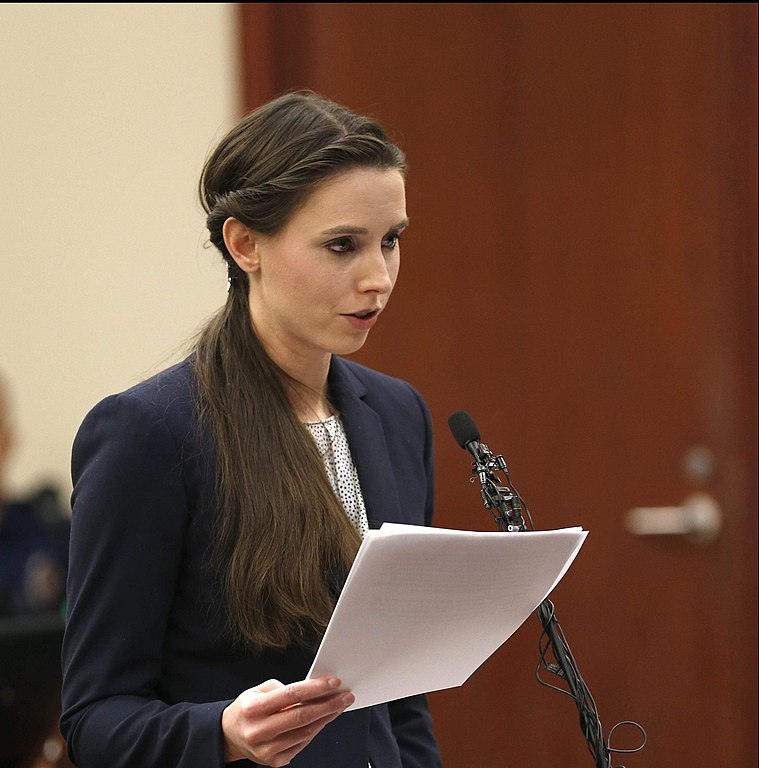 A lawyer who was the first woman to publicly accuse gymnastics doctor Larry Nassar of sexual assault has been selected as Sports Illustrated’s Inspiration of the Year.

Rachael Denhollander received the award on Tuesday after being introduced in a video statement by Christine Blasey Ford, the woman who accused Brett Kavanaugh of sexually assaulting her in high school. Sports Illustrated has stories here and here.

Denhollander was a 15-year-old gymnast seeking treatment for back pain in 2000 when Nassar sexually assaulted her. She contacted the Indianapolis Star in August 2016 to go on the record with her story after seeing the newspaper’s report on sexual abuse in U.S. gymnastics. She contacted police the next week.

It was Ford’s first public statement since she testified about her allegation against Kavanaugh during his Supreme Court confirmation hearing, according to Sports Illustrated. Kavanaugh was confirmed to the Supreme Court and is currently hearing cases.

Ford said Denhollander “found the courage to talk publicly to stop the abuse of others. Her courage inspired other survivors to end their silence, and we all know the result.”

In addition, Ford said Denhollander took a huge risk by coming forward. “The lasting lesson is that we all have the power to create real change, and we cannot allow ourselves to be defined by the acts of others,” Ford said.

Ford had testified in September that she was pushed onto a bed during a high school party, and Kavanaugh tried to take off her swimsuit as he grinded into her. Kavanaugh has denied the allegation, calling it “an orchestrated political hit.”

Denhollander received the award a day after the release of a report by Ropes & Gray that found two top officials with the U.S. Olympic Committee failed to protect athletes after they learned of sexual abuse allegations against Nassar in July 2015. One of the officials was fired on Monday; the other had resigned in February. The American Lawyer, the Washington Post, the New York Times and the Wall Street Journal have coverage.

Thankful for the gracious words of Dr. Ford and what she has been willing to endure. Be willing to hear the truth and know what it looks like, even and especially in your own communities. That is when it matters the most. https://t.co/eo9ggbNB5M