Hiring decisions based on first-year grades miss 'exceptional students,' according to new paper 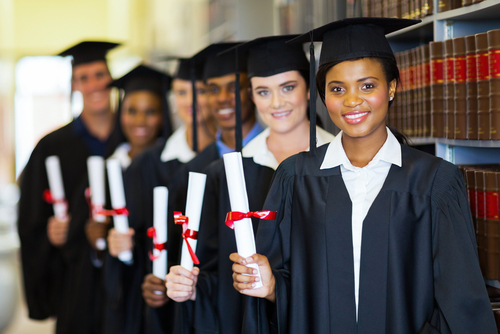 Selective opportunities for law students, including law review membership, judicial clerkships and large law firm association positions, are largely based on first-year grades. And the tradition leaves out many "exceptional students," according to a March 22 working paper that studied classes between 1979 and 2019 at an unnamed top 20 law school.

Titled “Improving the Signal Quality of Grades,” it was written by Adam Chilton, a professor at the University of Chicago Law School; Peter Joy and Kyle Rozema, both of whom are professors at the Washington University School of Law in St. Louis; and James Thomas, an economist in the Federal Trade Commission.

According to their research, 24% of the students who graduated in the top 10% of their classes did not have that same distinction when they finished first-year courses. Delaying when selective opportunities are awarded to students could improve career opportunities, according to the paper.

However, the authors admit that law schools have had little success in convincing judges or law firms to stop recruiting students based on first-year grades, so the piece is largely focused on class changes that might better show who is an exceptional student.

Increasing the number of assessments in first-year classes could decrease the possibility of missing exceptional students and so could re-weighting classes and changing grading scales, according to the authors. Changing the set of professors teaching first-year classes might help, too.

The authors discuss the “signal quality” of grades, a term related to how marks in specific classes explain performance in other courses. Civil procedure is the first-year course with the strongest correlation to upper-level grades, and contracts has the weakest correlation, according to the paper.

While it’s possible that professors are roughly the same regarding how noisy their grades are, the research found that some professors repeatedly give much more noisy grades, Rozema adds.

“We find strong evidence that some professors assign much noisier grades than other professors time and time again,” he says.