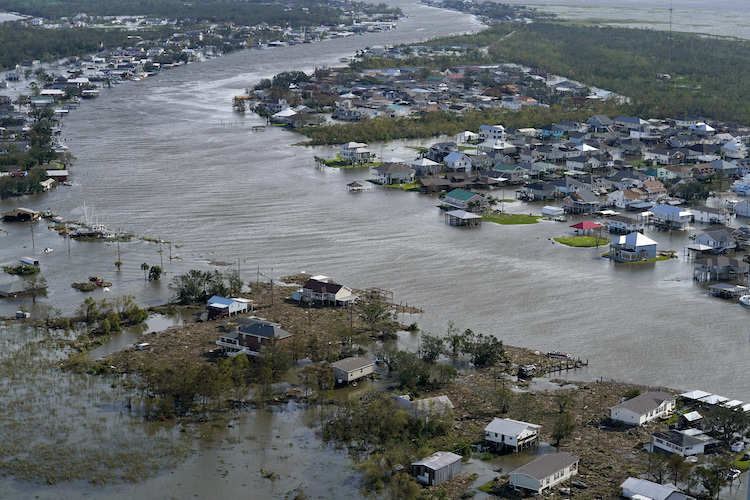 A flooded city is seen in the aftermath of Hurricane Ida on Aug. 30 in Lafitte, Louisiana. Photo by David J. Phillip/The Associated Press.

As Hurricane Ida wanes but leaves thousands in need of rescue and millions without power, lawyers are among those surveying the damage from the storm and mobilizing to help those in need. One of those attorneys is Bill Hines.

As managing partner of Jones Walker, a Louisiana-based law firm, he has lived through several storms that have ravaged New Orleans over the years, including Hurricane Katrina in 2005.

Hines says he is better prepared than when that devastating storm hit and left desperate people stranded on their rooftops. On Tuesday, Hines was ensconced in his home in the Uptown neighborhood of New Orleans. After Hurricane Katrina, he installed a backup generator. As he speaks on the phone, he says it is sunny outside, and that a roofer is making some minor repairs to his home.

“That was the greatest disaster I’ve ever been through, and I hope I’ll ever be through in my life,” Hines says of Hurricane Katrina, which shut down the firm’s largest office in New Orleans in 2005. “And with no technology and no power, we were pretty much out of business.” 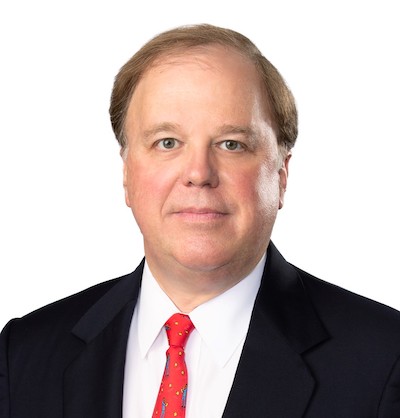 Learning the lessons of Hurricane Katrina, the firm adopted a model to cope with future disasters. Its disaster preparedness and recovery client team was ready to respond internally and externally to Hurricane Ida, so the firm can still service its clients, Hines says.

He says his team assists business clients during the recovery if they have to file an insurance claim or are seeking assistance from the government. The firm’s offices in Baton Rouge and Lafayette are fully operational, and lawyers from those offices can travel to see clients in New Orleans, he says.

“They’re only two hours away, but they can physically go meet a client at their office or building. We’re able to fully serve a client in difficulty,” Hines says.

Hines says some of the firms’ clients would be needing generators to get up and running and would apply to the Federal Emergency Management Agency for assistance. Because Jones Walker has an office in Washington, D.C., Hines says it could help clients as they seek relief from the agency.

As large firms reel from the storm, Hines encourages them to adopt a similar model, although he says the scope and reach of his team might not be possible for smaller firms. But they can still offer clients legal advice, he adds.

“I know this is exhausting with COVID and then this hurricane, but we need to remain vigilant,” Hines says. “There could be other storms that come, and so I think it’s going to take fortitude to get through the next couple of months.”