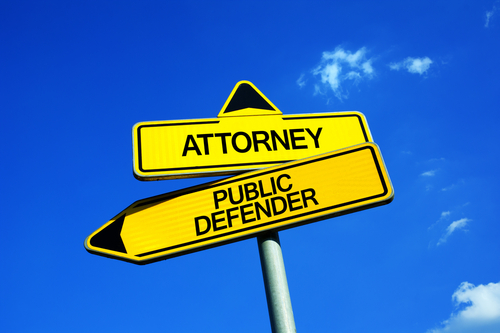 A former Washington inmate claims in a lawsuit that he pleaded guilty to two felony charges after getting bad advice from an appointed lawyer who wasn’t licensed in the state.

The Aug. 12 suit by Calvin Hines says Asotin County, Washington, hired Robert Van Idour on a contract basis to represent indigent defendants. The form for appointment of counsel listed bar numbers for two other lawyers but not for Van Idour, according to the suit.

A lawyer named Robert Van Idour is licensed in Idaho. He did not immediately respond to messages by the ABA Journal left at the phone number and email address listed by the bar.

The suit alleges violation of Hines’ Sixth Amendment right to effective assistance of counsel under Section 1983 of the Civil Rights Act.

In an Aug. 28 motion to dismiss, Asotin County argues that Hines can’t base his Section 1983 claim on ineffective assistance of counsel because he didn’t allege that his underlying convictions were overturned or otherwise invalidated.

Hines also says he had a valid jurisdictional defense to the trafficking charge because law enforcement records indicate that he tried to pawn the items in Lewiston, Idaho, rather than Asotin County, Washington.

Hines says he pleaded guilty to both charges after Van Idour told him that he had no defense. He was incarcerated for 19 months and notified by the county that he would have to pay for Van Idour’s representation. It wasn’t until Hines decided to challenge payment for the legal services that he discovered that Van Idour didn’t have a law license in Washington, the suit says.

According to the allegations in Hines’ suit, Asotin County knew that an unlicensed, unqualified lawyer would be more inclined to have indigent defendants plead guilty—a practice that would save money for the county.

Hat tip to the Lewiston Tribune, which had coverage of the suit, and the ABA’s Public Defense News, which noted the story.