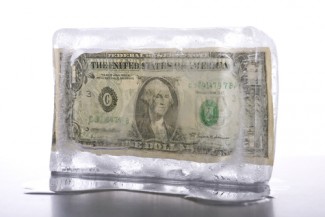 A federal judge has frozen the assets of the law firm Girardi Keese and founder Tom Girardi after a suit accused Girardi of embezzling settlement money to support his celebrity lifestyle.

U.S. District Judge Thomas Durkin of the Northern District of Illinois said Monday a trustee will be appointed to manage the assets of Girardi and his Los Angeles law firm, report Law360, the Chicago Sun-Times and Law.com.

Durkin also said he was referring the case to prosecutors, according to Law360.

The clients had lost loved ones in the October 2018 crash of a Boeing 737 Max.

Girardi Keese was portrayed in the film Erin Brockovich as the law firm that helped the main character, Erin Brockovich, and her firm win a $333 million settlement in a case concerning contaminated drinking water.

Girardi is married to Erika Jayne of The Real Housewives of Beverly Hills. A Dec. 2 lawsuit filed by the Edelson law firm claimed that Girardi had embezzled plane crash settlement money to bolster their image of “obscene wealth.” Jayne filed for divorce this month.

According to Law360, Durkin said in the telephone hearing that violating ethics rules carries consequences.

“This isn’t that difficult: You learned in law school, we all did, in Ethics 101, that when you get money that belongs to a client you put it in an escrow fund and you don’t touch it,” Durkin said. “No matter what your personal financial situation is, no matter what kind of pressures you’re under, if you touch client money you’re going to be disbarred and quite possibly charged criminally.”

Girardi’s lawyer, Evan Jenness, said during the hearing her client appeared to be mentally incompetent, and he couldn’t help her trace the funds, according to Law360. The law firm currently has $15,000 in its operating bank account, she said.

Girardi Keese has shrunk from about 20 to five lawyers, according to Law360. Durkin said he would not extend his contempt order, at this time, to two lawyers who recently left the firm, David Lira and Keith Griffin. Lawyers for Lira and Griffin said their clients had no role handling the settlement funds.