Judge orders lawyer jailed so he can be deposed behind bars 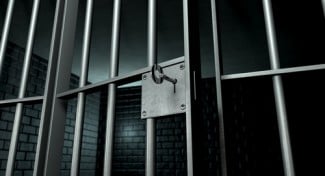 A judge in Fulton County, Georgia, has found a lawyer in civil contempt and ordered him jailed to allow for a deposition behind bars.

Judge John R. Mather said Atlanta lawyer Roger Hicks was in “willful” civil contempt of his previous orders to appear for depositions in a dispute over attorney fees, Law360 reports.

Mather’s Nov. 15 order said Hicks should remain jailed until Nov. 20, and the deposition should take place while he is incarcerated. If Hicks responds to all questions and produces all documents, as previously directed, he will be ordered immediately released, Mather said.

Hicks had claimed that he was owed at least $600,000 for work he did on behalf of two relatives in a wrongful death suit before they fired him. The suit resulted in a confidential settlement after an $11.2 million jury verdict in May 2018 against the Metropolitan Atlanta Rapid Transit Authority, according to previous coverage by Law360.

The relatives had fired Hicks after he allegedly signed for them, without authorization, in an August 2017 settlement with some co-defendants, the articles report. Hicks received $115,700 attorney fees in that settlement.

Hicks filed an attorney lien in the case against the transit authority. A trial judge rejected the lien, saying Hicks’ efforts weren’t instrumental to the verdict, and his unethical behavior in the co-defendant settlement barred additional compensation, according to Law360’s prior story. Hicks lost an appeal, and the trial court granted attorney fees and expenses against Hicks. He lost subsequent appeals.

Hicks then sued the other lawyers representing his relatives for his alleged share. The lawyers counterclaimed, arguing that he had pursued meritless litigation. In a request for sanctions, the counterclaiming lawyers said Hicks had missed three depositions.

Max Thelen was one of the lawyers opposing Hicks in the litigation.

“Judge Mather was very careful and patient; he was simply left with no other choice,” Thelen told Law360.