Judge says Kirkland & Ellis 'should be embarrassed' by its subpoena response 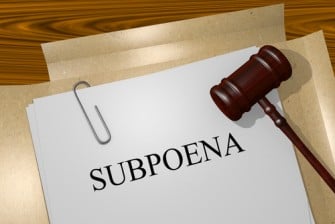 A federal magistrate judge says Kirkland & Ellis “should be embarrassed” by its response to a subpoena seeking information about lawyers placed at the firm by a legal recruiter.

U.S. Magistrate Judge Andrew Austin of Austin, Texas, says Kirkland & Ellis sought to quash the subpoena and also “audaciously” requested “that the court award it the attorney’s fees it incurred in picking this fight.”

Bloomberg Law, Law360, Above the Law and the Texas Lawyer have coverage of the April 27 opinion.

Austin said Kirkland & Ellis had “chosen the stubborn route,” costing an unnecessary expenditure of resources by the court and the parties. If anything, he said, the firm should “count itself lucky” that its opponent did not seek attorney fees.

MWK Recruiting Inc. had sought the information in a suit that claims that one of its former employees misappropriated trade secrets and violated a noncompete agreement. The subpoena sought information about the former employee’s placements with Kirkland & Ellis after he formed his own recruiting firm.

“The subpoena at issue sought a very small amount of uncontroversial information. None of it was privileged or confidential,” Austin wrote. “MWK had served similar subpoenas on other ‘BigLaw’ firms, all of which produced documents without objection. K&E’s approach, however, was to evade, complain and refuse.”

MWK Recruiting is the parent company of Kinney Recruiting, according to Bloomberg Law.

Kirkland & Ellis argued that MWK Recruiting could get the information sought from its former employee rather than the law firm, which was not a party to the litigation. MWK Recruiting had sought to resolve the issue with Kirkland, then filed a motion to compel when the law firm did not appear to budge.

Kirkland eventually turned over the information.

Austin said Kirkland’s fight cost “thousands of dollars” in attorney time that could have been avoided if the law firm cooperated up-front.

“If anyone should know better than to act this way one would think it would be a law firm that touts itself as having ‘lawyers [who] employ innovative pragmatic strategies,’ ” Austin said. “There was not a single thing that K&E did to respond to this subpoena that was ‘pragmatic.’ ”