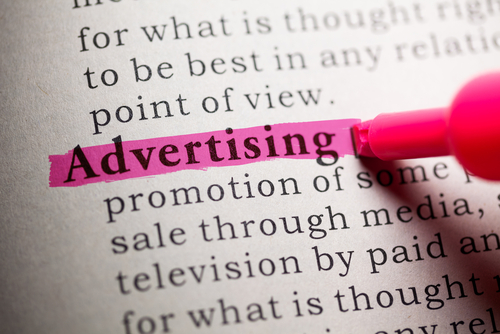 A Kansas law firm that claimed that a competitor was inflating client recoveries in its advertising won’t be able to pursue its lawsuit.

The Brave Law Firm, a personal injury firm, had alleged that Brad Pistotnik Law and the Pistotnik-affiliated Truck Accident Lawyers Group were engaging in false and deceptive advertising by listing high-dollar recoveries.

In one television ad, Pistotnik stood on top of an 18-wheeler and stated, “Sometimes big truck wrecks can result in big case settlements.” A disclaimer states, “The client results from stated verdicts or settlements are real amounts. The larger amounts result from catastrophic injury cases.”

Pistotnik goes on to declare, “These are just some of the big results that I’ve gotten for my clients.” Various amounts are listed on screen, including $9 million. The text says the amount is derived from a “semi accident resulting in quadriplegia.”

The $9 million amount was also listed online and in print ads.

The Brave Law Firm, led by lawyer Stephen Brave, agreed to settle the case if the defendants supplied “authenticated, admissible proof” of a $9 million or $9.5 million settlement as advertised.

The Truck Accident Lawyers Group offered as proof a settlement agreement for $9.5 million that was to be paid to four individuals. The settlement was obtained by Pistotnik and two other lawyers.

One of the lawyers filed a declaration saying that Pistotnik was “intimately involved with the case” and performed a substantial portion of the work.

Melgren said the settlement agreement between the Brave Law Firm and the defendants was a “unilateral contract” in which one person makes a promise in exchange for the other party’s performance. When the other party complies with the first party’s request, the contract is accepted.

The Brave Law Firm had contended that the defendants did not comply because the settlement was not obtained on behalf of a single client.

But the ads didn’t refer to a single client, Melgren said. The disclaimer’s reference to “client results” wasn’t enough to lead to the conclusion that all the advertised recoveries were for only one person, the judge concluded.

“The court will enforce the settlement agreement between the parties and dismiss this case,” Melgren wrote.

Brave told Law360 that the decision will be appealed. He said the ruling was based on errors of both law and fact.