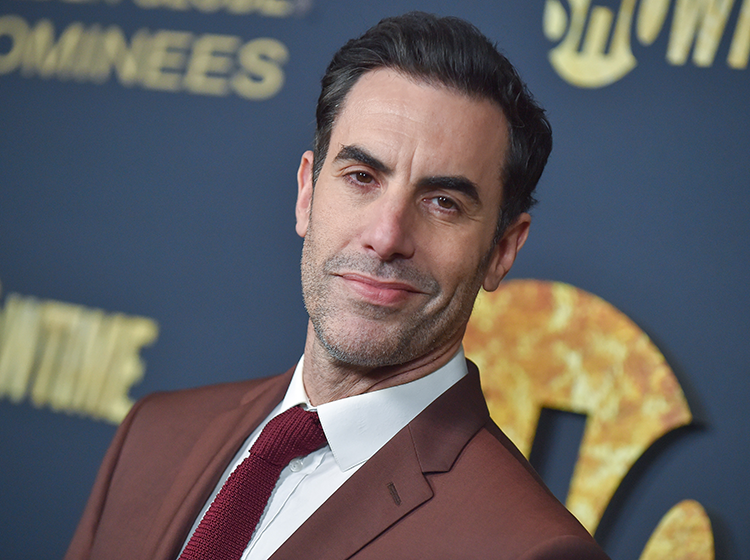 Sacha Baron Cohen was nominated for best actor in a TV comedy or musical category in the 2019 Golden Globes for his performance in Who Is America? (Photo by DFree / Shutterstock.com)

Judge John Cronan of the U.S. District Court for the Southern District of New York wrote in the July 13 opinion that Moore’s claims that Cohen intentionally inflicted emotional distress and fraud and defamed him during an interview were barred by both a waiver clause in the agreement Moore signed before the interview and by the First Amendment.

Moore ran as a candidate for the U.S. Senate in 2017, and during his campaign, faced several allegations of sexual misconduct, including with underage girls. He disputed the allegations but lost the election.

The following year, Moore and his wife were invited to Washington, D.C., to receive an award for his support of Israel. He was interviewed by Cohen, who was disguised as a fictional Israeli anti-terrorism expert named Erran Morad and began describing to Moore the technology that the Israeli military used to combat terrorism.

Cohen pulled out a black wand-like device, which he said uncovers tunnels used by terrorists but also detects enzymes secreted by pedophiles. The device beeped when Cohen waved it over Moore, who immediately ended the interview.

The segment later aired on television as part of Who Is America?, a comedy series in which Cohen played fictional characters while conducting interviews with people with different political perspectives. It was broadcast by Showtime Networks Inc. and CBS Corp., which were included as defendants in the lawsuit Moore and his wife, Kayla, brought against Cohen in 2018.

In his opinion, Cronan points out that Moore signed a standard consent agreement with a now-dissolved entity called Yerushalayim TV that included a “clear waiver” of any claims related to the program. It also identified the specific waived claims, including infliction of emotional distress, defamation and fraud.

“The release language in the SCA ‘clearly and unambiguously encompass[es]’ the claims brought by Judge Moore, and does so with specificity,” the judge wrote. “In very plain terms, Judge Moore waived certain identified claims related to the Program, including the three claims that he has brought.”

Cohen and his co-defendants argued that the waivers in the agreement should also apply to claims brought by Moore’s wife, but Cronan disagreed. The judge did agree with the defendants’ alternative argument that the First Amendment barred her claims, writing that the Second Circuit instructed that “heightened First Amendment protections apply to any tort alleging reputational harm as long as the underlying speech relates to a matter of public concern.”

Cronan said Cohen’s segment with Moore was “commentary on matters of public concern” since it related to media coverage that occurred while Moore was campaigning for the U.S. Senate.

The judge also considered whether Cohen’s segment with Moore could have been “reasonably … interpreted as stating actual facts about” the former judge. Considering its context, he said it was “clearly a joke,” and no reasonable viewer would see it differently.

“No reasonable viewer would have interpreted Cohen, in his over-the-top ‘Erran Morad’ character, waving a wand that supposedly detects enzymes emitted by pedophiles in the vicinity of Judge Moore as stating facts about Judge Moore,” Cronan said.

Reuters reports that Moore and his wife have already filed a notice to appeal the decision.

“Judge Cronan’s ruling makes no factual and legal sense,” Larry Klayman, a lawyer who represents the Moores, said in a statement published by Reuters. “To the contrary, Judge Cronan’s dismissal is the joke, and more than a bad joke at that.”