A West Virginia family court judge who searched a self-represented litigant’s home for marital property will receive a public censure and a $1,000 fine for the “egregious abuse of process,” the West Virginia Supreme Court of Appeals has ruled.

The court disciplined Judge Louise Goldston in a Nov. 18 opinion noted by the Legal Profession Blog, which published highlights. Goldston is a judge for the 13th Family Court Circuit encompassing Raleigh, Summers and Wyoming counties.

Goldston’s conduct “has undermined the public’s confidence in the administration of justice and justifies imposition of a censure in this matter,” the state high court said.

Goldston admitted the disciplinary counsel’s allegations in a September 2020 agreement and agreed to a censure and $5,000 fine, subject to determinations by the judicial hearing board and the top state court. 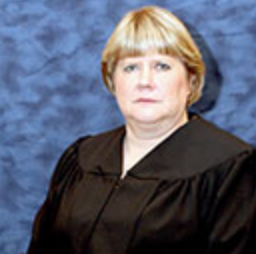 Goldston admitted that she had a 20-year practice of going to people’s homes to determine whether disputed marital property was present or to supervise the transfer of disputed property. In most cases, the searches were requested by the counsel and took place during the hearing without objection.

In the instance that resulted in discipline, Goldston initiated the search without a request by the counsel and conducted it over the objections of the litigant.

The West Virginia Supreme Court of Appeals said a censure, coupled with a $1,000 fine, adequately recognizes the seriousness of Goldston’s conduct.

The judicial hearing board recommended an admonishment, the lowest sanction, and a $1,000 fine. The board noted that Goldston had an “unblemished disciplinary record” and had cooperated in the case.

Goldston conducted the search that resulted in the disciplinary complaint in March 2020. During a contempt hearing, an ex-wife contended that her former husband had damaged some of her property by leaving items in the rain and said he had refused to turn over items of sentimental value that she was entitled to receive.

During the hearing, Goldston asked the ex-husband for his address and then stopped the hearing and ordered the parties to gather at the home in 10 minutes. She did not explain why.

Her intent became clear, however, when everyone arrived at the residence. The ex-husband objected to a search and asked Goldston to recuse herself because she had placed herself in a “witness capacity.” He also said Goldston had to obtain a warrant.

Goldston told the ex-husband that he would be arrested if he didn’t let her in the home and told him to stop recording the encounter. The ex-husband let the search continue.

Goldston brought the bailiff, the ex-wife and the ex-wife’s lawyer with her into the home. The judge personally supervised the search, which yielded several items, including photographs, yearbooks, DVDs, recipes and a chainsaw. Goldston resolved a dispute over an umbrella stand in favor of the ex-wife.

The parties then reconvened in the courtroom. On the record, Goldston listed the items that were recovered and items that still had to be exchanged. But there was no written order regarding the search of the recovered items.

Afterward, video of the incident was uploaded to the internet.

During disciplinary proceedings, Goldston likened the search to a “jury view.”

“Wrongly or rightly,” she said in a sworn statement, “I thought it was important for me to be there and make sure that stuff was safely gathered and not damaged.”

She said she knew that she could dispatch law enforcement to the home to seize property retained in violation of her order. But she said sheriffs had told her that over the years, such searches are not something they do or not something they will spend more than 15 minutes doing.

The high court concluded that Goldston had conducted a search, not a view, and such searches are an activity of the executive department that can’t be conducted by judges.

“Goldston’s misconduct displayed a callous disregard for our system of justice,” the West Virginia Supreme Court of Appeals said. “Even setting aside the inappropriateness of the search, Judge Goldston went about the search in a high-handed and procedurally flawed manner.

“Instead of receiving both sides’ testimony and evidence and rendering a decision, she interrupted the ex-wife’s testimony and directed the parties to meet her at the ex-husband’s residence, affording the ex-husband no explanation and no opportunity to object until she arrived at the scene.

“Though she claimed she was ‘having a hearing,’ she made no attempt of any kind to contemporaneously record what transpired. Indeed, she forbade others to make a recording, at risk of incarceration. Failing to record what transpired made her a potential witness. Most significantly, though she seems to have been well-aware of the lawful procedures at her disposal to enforce her order, she chose not to use them because she deemed them ineffective.”

Among the publications with coverage of the censure are the MetroNews and the West Virginia Record.