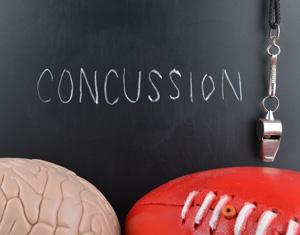 The federal judge who tossed a proposed settlement between the National Football League and 5,000 former players-who claimed in a suit that the league had covered up or lied about the effects of concussions sustained on the football field-said she would approve the deal if it were expanded to cover more former players.

The New York Times reported Monday that U.S. District Judge Anita Brody of the Eastern District of Pennsylvania gave lawyers representing the league and the former players until February 13 to come up with a new proposed settlement. Brody had previously rejected a $765 million proposed settlement in January 2014, fearing that there wouldn’t be enough money to compensate the retired players. Last June, the NFL responded by agreeing to remove a $675 million cap on damages from thousands of concussion-related claims.

According to the Times, Brody’s proposed changes this time around respond to concerns raised during a fairness hearing in November, and involve increasing the pool of players eligible for damages. She asked that players receive credit for time spent in the World League of American Football, the NFL Europe League and the NFL Europa League. Previously, those leagues had been excluded in calculating the amount of time a player had played in the NFL.

Brody also asked that the proposed pact be modified so that families of retired players discovered to have chronic traumatic encephalopathy (CTE)-a degenerative disease that can’t be diagnosed until after death-could file claims as long as the diagnosis was made before the date of final approval of the deal. Previously, the settlement had July 6, 2014, as the cutoff for CTE claims, since that was the date the settlement was given preliminary approval.

As for the league, Brody requested that the NFL to remove a $75 million cap on a baseline assessment program to determine how badly a former player’s mental condition has deteriorated. Brody also wanted the NFL to guarantee that it would pay up to $5 million to players with certain severe neurological problems.

“We intend promptly to discuss with class counsel the points addressed in the order and continue to have a high degree of confidence that this settlement, which has been accepted by more than 99 percent of retirees, will receive final approval and provide important and generous benefits to retirees and their families,” the NFL said in a statement.

Christopher Seeger, co-lead counsel for the retired players, also told the Times that he would “work with the National Football League to promptly address the issues raised in Judge Brody’s order.”