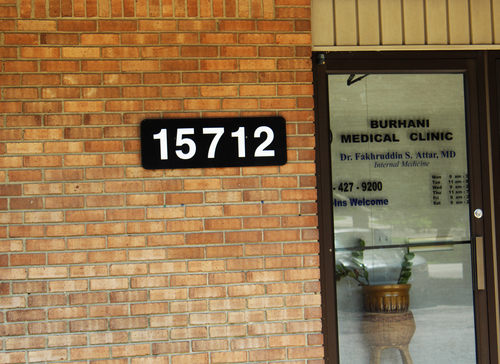 The office of Dr. Fakhruddin Attar in Livonia, Michigan. The charges against Attar and his wife under a federal law banning female genital mutilation have been dismissed. They still face obstruction charges. (Photo from Shutterstock.com)

A federal judge in Detroit has dismissed charges of female genital mutilation against eight people in a decision that found Congress had no authority to ban the procedure.

U.S. District Judge Bernard Friedman ruled Tuesday that Congress had no authority under the commerce clause to ban female genital mutilation because it doesn’t affect interstate commerce, report the Detroit News, the Detroit Free Press and the Associated Press.

Female genital mutilation is common in some parts of Asia, Africa and the Middle East, the Associated Press reports. In this case, the procedure is said to be part of a religious custom for girls in a Muslim sect called the Dawoodi Bohra. The intent is to keep girls chaste until marriage, and then to discourage adultery, according to one of the senators who backed the 1996 federal ban, then-Sen. Harry Reid of Nevada.

The government had made two arguments in support of the law’s constitutionality. First, prosecutors argued Congress had the power to pass the law under a treaty ratified by the Senate in 1992. The treaty calls on countries to provide civil and political rights to both men and women, and calls for the protection of minors on a nondiscriminatory basis.

Friedman found no logical relationship between the female genital mutilation ban and the treaty. And if there were such a relationship, Friedman said, “federalism concerns deprive Congress of the power to enact this statute.”

Friedman also turned aside the government’s second argument that the commerce clause gave Congress the authority to ban the practice. Female genital mutilation “cannot, by any stretch of the imagination, be classified as an economic or commercial activity,” Friedman wrote.

Friedman cited a 2000 U.S. Supreme Court case, United States v. Morrison, which struck down the federal Violence Against Women Act. The law created a private right of action for victims of crimes motivated by gender.

The government can’t distinguish female genital mutilation from other gender-motivated crimes of violence, and the Supreme Court found such violence is not economic and not part of the interstate market in Morrison, Friedman said. “As despicable as this practice may be,” Friedman said of female genital mutilation, “it is essentially a criminal assault, just like the rape at issue in Morrison.”

The defendants in Friedman’s case included Dr. Jumana Nagarwala, the Michigan doctor who allegedly performed the surgery on nine girls, and Dr. Fakhruddin Attar, who allowed the surgery at his Michigan clinic. Also charged were four mothers who took their daughters for surgery; Attar’s wife, Farida; and a woman who assisted in the procedure.

Friedman left in place obstruction charges that carry a sentence of up to 20 years in prison against Nagarwala, the Attars and one of the mothers. Nagarwala also remains charged with conspiracy with intent to engage in illicit sexual conduct, which is defined as intentional touching of another person under age 16 with the intent to abuse, harass or degrade the person, Michigan Radio previously reported. The charge carries a maximum sentence of life in prison.

Michigan is one of 27 states with laws that ban female genital mutilation. The law was passed too late to apply to the defendants in the case, the stories report.