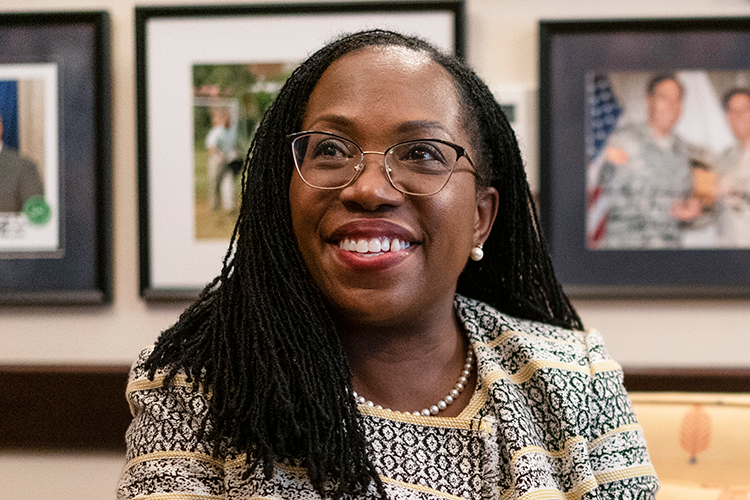 The changing of the guard comes as President Joe Biden criticized the Supreme Court for “outrageous behavior,” the Washington Post reports. Biden said he would support a change in the Senate filibuster rules to allow consideration of legislation that would provide protections for abortion.

Breyer, who has been a justice since 1994, will receive the 2022 ABA Medal, the association’s highest honor. Past ABA medal winners include the late Justice Ruth Bader Ginsburg and retired Justice Anthony Kennedy.

ABA President Reginald Turner issued a statement Thursday that expresses gratitude to Breyer for his decades of service.

“In his 28 years on the nation’s highest court, Breyer wrote hundreds of opinions and dissents and brought a sense of pragmatism to the bench,” Turner said. “The decisions he wrote took into account the real-life consequences of the people they affect. We are also grateful that Breyer has been an ABA member since 1988 and has spoken at association meetings and events many times.

“The ABA wishes Justice Breyer and his family much happiness in his retirement and hopes he continues to impart his wisdom to the current and future generations of lawyers.”

Jackson became the first Black woman on the Supreme Court. She was confirmed April 7 in a 53-47 vote.

Chief Justice John Roberts administered the constitutional oath to Jackson, while Breyer administered the judicial oath at a small gathering of Jackson’s family, according to a Supreme Court press release.

Updated June 30 at 11:10 a.m. to include the statement by ABA President Reginald Turner and to reflect verbiage of the swearing-in ceremony.