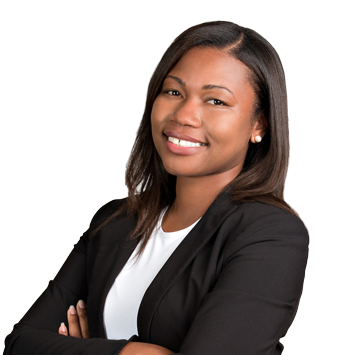 A black associate has filed a lawsuit claiming that her North Carolina law firm uses minorities as “diversity props” to impress clients and also misrepresents its inclusiveness to potential employees.

Sharika Robinson claims in her March 4 lawsuit that Robinson, Bradshaw & Hinson in North Carolina maintained in its advertising and in her job interviews that it was committed to the ideals of diversity and inclusion. Robinson says she was particularly impressed that Robinson Bradshaw was one of the original law firms to sign Mecklenburg County Bar Association’s 2002 call to action on diversity and inclusion in the legal profession.

In reality, Robinson says, she is one of only two black associates at the 165-lawyer firm’s three offices, and the firm has had no more than 10 black lawyers since 1960. Robinson began working at Robinson Bradshaw in 2015 after two federal judicial clerkships, including a clerkship with Judge Damon Keith of the 6th U.S. Circuit Court of Appeals at Cincinnati.

The law firm’s “claimed commitment to diversity and inclusion were blatant lies,” the suit alleges. “Robinson Bradshaw has only been faking the existence of a meaningful program to achieve diversity and inclusion in order to attract clients requiring such programs. In truth, Robinson Bradshaw secretly remains [a] ‘good ol’ boys club’ dominated by white male partners.”

The suit claims that the firm’s misrepresentations amounted to fraud, and its discrimination against her violated Section 1981 of the Civil Rights Act. She did not include any claims for violation of Title VII of the Civil Rights Act, but her suit says there may be added claims if granted the right to sue by the Equal Employment Opportunity Commission.

Robinson is still employed with the law firm. According to the suit and her law firm bio, she was a teen mother who worked as a chemist before graduating as class valedictorian at North Carolina Central University.

Robinson sued the law firm and four male partners, one of whom is black. Her suit claims that white men predominate as partners at the firm, controlling opportunities for advancement even as they overlook minorities and women.

Robinson says she was assigned work unevenly, excluded from case discussions, assigned grunt work, and excluded from social and marketing functions, including golf and sporting events. When she complained about work assignments, the suit says, “she was told to go to the partners and ‘smile’ and ask for work.”

The suit alleges that the workplace problems became worse during and after her pregnancy. At one point, the suit alleges, Robinson was told that work-life balance did not exist at the law firm, and she should not work from home unless she accepted a pay cut. At another point, the managing partner questioned whether it was feasible for Robinson to work full time.

Robinson was placed on a performance improvement plan in May 2018 and was told she was placed on the plan because of unsatisfactory performance her first three weeks back from maternity leave. She countered that her placement on the plan was due to discrimination and retaliation for complaints she had raised.

Robinson was placed back on the plan after telling a partner who criticized a draft article that she had written that his negative review amounted to racial discrimination. The partner had said the article didn’t conform to widely accepted principles of legal writing, according to the suit. The North Carolina Bar Association published Robinson’s article as she had written it, the suit says.

Since Robinson filed a charge of discrimination with the EEOC, the firm has treated Robinson “as though she has been quarantined,” the suit says. “She is isolated and alone. She has endured cold stares and angry outbursts.”

Bloomberg Big Law Business published a statement by the firm’s general counsel, Kate Maynard. It reads: “Robinson Bradshaw denies Sharika Robinson’s claims and specifically denies that the firm discriminated against her in any way. We are committed to diversity and inclusion, as evidenced by our attorneys’ contributions to the firm, profession and community as a whole.”