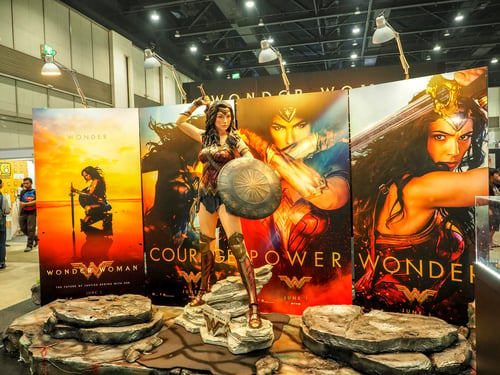 An Albany Law School professor says he decided to investigate after seeing a Texas theater’s snide responses to complaints on its Facebook page about two women-only screenings of the “Wonder Woman” movie.

Stephen Clark concluded that the events violated the city code in Austin, Texas, where the screenings were taking place, the Washington Post reports. The Austin American-Statesman followed with its own story.

Clark filed an administrative charge with the city’s Equal Employment and Fair Housing Office that claimed the Alamo Drafthouse Cinema was discriminating against men on the basis of gender. He also accused the theater of employment discrimination because of its promise to staff the events with women only.

“It’s the principle of the thing,” Clark told The Post. “I’m a gay man, and I’ve studied and taught gay rights for years. Our gay bars have long said that you do not exclude people because they’re gay or straight or transgender—you just can’t do that for any reason.”

At first, the theater said it would expand women-only screenings to its theaters around the country, but it struck an inclusive tone in a statement emailed to the Post.

“Obviously, Alamo Drafthouse recognizes ‘Wonder Woman’ is a film for all audiences, but our special women-only screenings may have created confusion—we want everybody to see this film,” the theater said.

The Post contacted Rutgers law professor Stacy Hawkins for her take on the controversy. She said the discrimination laws don’t distinguish between malicious and benign intent, and they are increasingly being used to allege reverse discrimination.

Hawkins thinks the employment discrimination claim could fail as long as male employees are assigned to other screenings, with no loss of hours or pay.