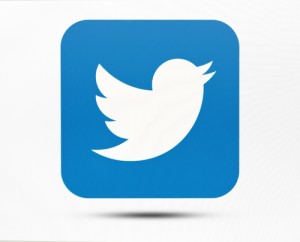 Updated: A Department of Justice lawyer is taking a drubbing on Twitter after telling a federal appeals court last week that the government is not always required to supply immigrant children with soap and toothbrushes.

Arguing for the government, lawyer Sarah Fabian told the 9th U.S. Circuit Court of Appeals at San Francisco that a federal judge had added new requirements, such as soap and toothbrushes, to a settlement agreement governing the treatment of unaccompanied immigrant children.

The 1997 deal, which is known as the Flores settlement because of lead plaintiff Jenny Lisette Flores, requires the children to be kept in “safe and sanitary” facilities. Courthouse News Service and the Atlantic covered the arguments.

The government was making the argument to allow for an “interlocutory” appeal after the trial judge appointed a monitor to enforce the settlement, the Atlantic explains. An appeal isn’t allowed absent a modification of a prior injunction or order.

One of the judges on the panel was Judge A. Wallace Tashima, who was confined as a child to an internment camp for Japanese Americans during World War II. He said everyone’s understanding was that items such as a toothbrush, soap and blankets are needed to provide safe and sanitary conditions. “Wouldn’t everybody agree to that?” he asked. “Do you agree to that?”

Fabian said it may be acceptable for shorter stays.

A clip of Fabian’s argument went viral, provoking widespread outrage on Twitter, report the Huffington Post and Above the Law. Someone provided Fabian’s phone number. One person on Twitter argued that Fabian’s argument was “almost unimaginably unconscionable, inhuman AND inhumane.” Another tweeted, “Paging Sarah Fabian! Your room in hell is ready.”

Fabian is a senior litigation counsel in the DOJ’s Office of Immigration Litigation, Heavy.com reports. She is a former Kirkland & Ellis lawyer hired by the DOJ during the Obama administration, and she appears to be a registered Democrat.

In a Facebook post set so only her friends could see it, Fabian said edited clips led people to mistakenly think that she was arguing against providing basic hygiene items to children, report NBC News, the Washington Post and the New York Times. Rather, she was staking out a technical legal position, she said.

“I personally believe that we should do our very best to care for kids while they are in our custody, and I try to always represent that value in my work,” she wrote.

ABA President Bob Carlson weighed in with a statement calling on the U.S. government to enforce laws and settlements providing minimum and humane standards of care for immigrant children.

Fabian’s arguments occurred the same week that a team of lawyers and doctors who visited a border patrol station in Clint, Texas, reported that more than 300 children were being detained there without regular access to soap, clean clothes, toothbrushes and adequate food, according to the Associated Press, the New York Times and Human Rights Watch. Detained children and teens were caring for infants and toddlers with no diapers. Some children were sleeping on concrete floors.

On Monday, the government confirmed that it had removed most of the children from the facility. On Tuesday, more than 100 children were returned there, the New York Times reported.

Carlson’s statement referred to those reports. “This week, the American public learned that children, including infants, were being held for up to weeks at a time in overcrowded federal facilities that lack the most basic of human necessities,” he said. “The law requires that children who are held must be transferred to the custody of Health and Human Services within 72 hours.”

“The ABA calls on federal authorities to immediately end this inhumane and illegal treatment of children and provide attorney access to facilities operated by U.S. Customs and Border Protection,” Carlson said. “We urge Congress to pass supplemental appropriations to ensure the appropriate treatment and care of unaccompanied immigrant children in government custody. And we call on the administration to enforce laws and settlements that guarantee humane, minimal standards of care for vulnerable children, no matter how they arrived in our country.”

Updated at 3:55 p.m. to add Carlson’s statement. Updated on June 26 to include additional information on Fabian, including information from her Facebook post.