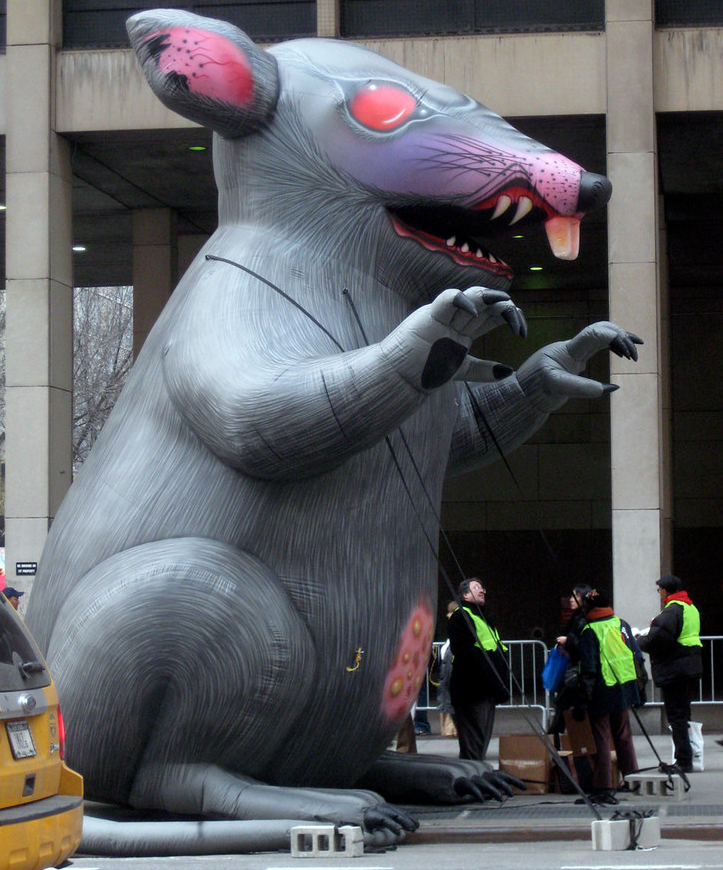 The general counsel for the National Labor Relations Board has opposed the giant inflatable balloon known as Scabby the Rat in recent case filings that seek to overturn NLRB precedent.

In one filing, the NLRB general counsel argued that an electrical union had violated the law when it erected two giant inflatable rats outside a Fairfield Inn in Philadelphia to protest the use of nonunion labor by a renovation contractor. The case, initiated with a complaint filed by the hotel, is pending before the NLRB board. The New York Times, the Chicago Tribune and Bloomberg Law have coverage.

The brief, filed by NLRB general counsel Peter Robb, said the public was unable to avoid the “large, intimidating, hostile-looking inflatable rats” for three days last summer. Robb argues that use of the balloon rats is unlawful under the National Labor Relations Act and not protected by the First Amendment because they are being used “to menace, intimidate and coerce in aid of an unlawful purpose.”

An administrative law judge had ruled that Scabby was not coercive under current board precedent.

The precedent—consisting of at least three NLRB cases decided during the Obama administration—said the rats could be used as long as they were stationary and didn’t obstruct people trying to enter a business.

Robb argues that the precedent was wrongly decided.

The NLRB also asked a judge in June for a temporary restraining order that would stop a union from using Scabby the Rat and an inflatable cockroach in protests against the owner of three ShopRite stores on Staten Island. Bloomberg Law had coverage.

Tamir Rosenblum represents the union in the Staten Island case. He told Bloomberg Law that he has never seen the NLRB seek a court injunction to stop display of Scabby the Rat, even when the NLRB opposed the inflatable rat during the George W. Bush administration. “It’s really, really, super-aggressive,” he said of the TRO request.

Another indication of the general counsel’s new stance came in an advice memo released in May by the NLRB general counsel’s office, Law360 reported. The memo urged a regional director to issue a complaint alleging that a union in Chicago violated the law when it erected an inflatable “Fat Cat” balloon grabbing a construction worker by the neck.

The memo said the Fat Cat had “created a symbolic, confrontational barrier” to anyone entering the construction site.