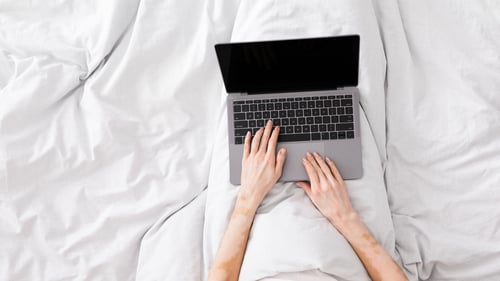 What happened to decorum? Clients and some lawyers are appearing in Zoom hearings doing things that wouldn’t happen in court, the Louisville Courier Journal reports. Dress becomes more informal. Lawyers or litigants have a drink. The setting is a bed or even a hair salon. The background gives too much away. The mute button isn’t on.

The Louisville Courier Journal published its story after a lawyer appeared as a kitten during a Zoom hearing while he struggled to remove the filter. “The bloopers and blunders of virtual hearings have provided comic relief during an otherwise bleak and dismal year,” the newspaper reports, citing an article in the Louisville Bar Association newsletter Bar Briefs.

Law360 cites a hearing on Thursday in which a federal judge asked DLA Piper partner David Priebe whether he was at a resort. The lawyer replied he was using a Mount Vesuvius Zoom filter. “They don’t wear ties at Mount Vesuvius?” asked Judge Edward Davila.

At that point, Priebe jumped up, revealing an untucked shirt. He returned with a tie that he had wrapped around his neck. “Thanks for your indulgence,” Davila said. “At least there’s not cats on the screen.”

The Louisville Courier Journal lists other examples of remote hearing mishaps and misjudgments in Kentucky:

• A lawyer fell asleep and began snoring during motion hour, according to Judge Charles Cunningham.

• A client appeared in her bikini by a pool, while another drank a beer, according to lawyer Erin Pippin.

• A lawyer puffed on a cigar while cases were being called, according to Judge Julie Kaelin.

• Someone who wasn’t muted complained “This is f—ing stupid,” according to lawyer Karen Faulkner.

• A lawyer started drinking a glass of wine during a hearing about a parent’s problem drinking, according to lawyer Kirsten Daniel.

• A naked woman appeared, although she didn’t have a case on the docket, according to Judge Jennifer Leibson. Another woman wasn’t wearing clothes and had curlers in her hair, apparently unaware her camera was turned on, according to Judge Stephanie Pearce Burke. And a defendant appeared without any pants on, said Jillian Hall.

• A defendant’s meth pipe was visible on a table behind him, according to lawyer Ashlea Nicole Hellmann.

• A client who had been in a car accident did her Zoom deposition while driving, according to lawyer Tish Morris.