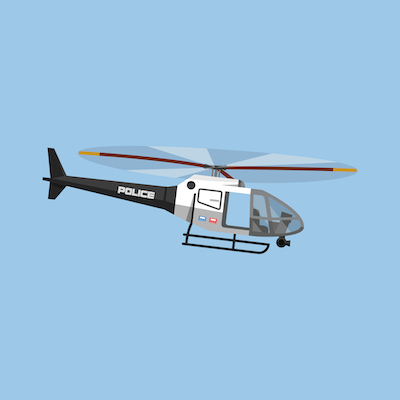 Leaked footage from police helicopters shows surveillance of people in Dallas and Atlanta who apparently have no idea that they are on camera.

The footage, stored in an unsecured cloud infrastructure, was leaked by an anonymous source to a WikiLeaks-like group called Distributed Denial of Secrets, said group co-founder Emma Best.

Wired reviewed some of the footage, which is mostly from Dallas. Wired reports that some of the video shows what might be expected: crowd surveillance over stadium parking lots or officers pulling over a car.

“But other scenes in the footage have a more aimless, roving quality,” Wired said.

“Large sections of the video shows random surveillance of Dallas neighborhoods, with highly detailed and zoomed-in images of people in their front yards, standing by their cars and sunbathing,” the news service reports. “The subjects appear to have no indication they are under surveillance.”

Best tweeted that some of the videos use infrared technology “to look at people inside buildings with thinner walls. The video provides no justifying context.”

A Dallas Police Department spokesperson confirmed to Wired that some of the video is from the department’s helicopter. The Atlanta Police Department said video did not come from its jurisdiction, while the Georgia State Patrol did not respond to Wired’s request for comment.

Best told Wired that much of the footage has a 2019 time stamp. Police departments should make retention limits a priority, she said.

Wired also spoke with Evan Greer, deputy director of the digital rights group Fight for the Future, about the surveillance.

“I haven’t heard specifically about helicopters being used in this way,” Greer told Wired. “It’s totally unsurprising, but it is alarming. At least in an urban setting, you think of police helicopters showing up when there’s something specific going on, but anecdotally you also hear about them being used for intimidation purposes, like flying really low over neighborhoods where residents are predominantly people of color.”