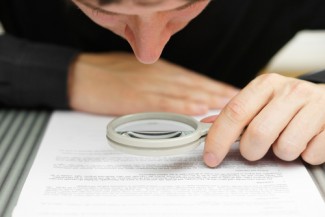 A malpractice lawsuit filed against Littler Mendelson claims that the law firm gave too much information to a client’s opponent during discovery in a dispute over overtime pay.

The suit was filed Nov. 21 on behalf of New Tech Global Ventures, a Houston energy consulting and staffing company that fired Littler Mendelson after the alleged wrongful disclosure, report the Texas Lawyer and Law360.

The suit says Littler Mendelson should have provided the names and contact information for “well site” supervisors to plaintiffs in a would-be class action suit brought against New Tech Global Ventures under the Fair Labor Standards Act. But Littler Mendelson also provided information on “completion” supervisors, which led to additional claims against New Tech Global Ventures, the suit says.

After New Tech Global Ventures hired new lawyers, the parties reached an agreement to dismiss the pay lawsuit and pursue claims individually in arbitration, according to Law360.

The malpractice suit was filed in state court in Harris County, Texas. It alleges negligence and a violation of Texas consumer law stemming from the Littler Mendelson’s attorney fees of $244,000.

The suit seeks forfeiture of the attorney fees paid to Littler Mendelson. It also requests damages that include money spent to hire new lawyers, as well as arbitration fees related to the additional plaintiffs.

A Littler Mendelson spokesperson told the Texas Lawyer in a statement that the “allegations are without merit, and we will vigorously defend against them.”